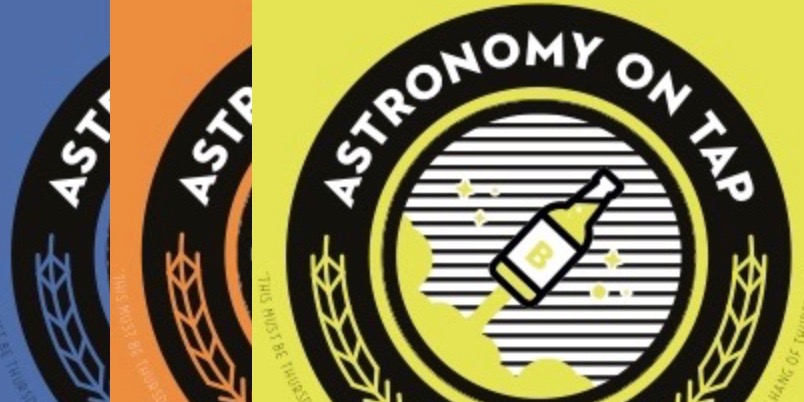 If talking about astronomy and space science over drinks in a bar sounds like fun to you, you better save these space-time coordinates: April 30th at ONO in Bern. Come to the very first Astronomy on Tap, Bern event to listen to various talks, from Rosetta chasing a comet to observing alien worlds from a plane, and get the opportunity to ask questions you always wanted to ask an astrophysicist. Drink in the Universe and quench your thirst for astronomy!

“Scientists, educators, writers, artists & more reveal how they explore the universe at a bar near you!” is how Astronomy on Tap, or AoT for short, describes itself on its homepage. Astronomy on Tap is a worldwide network of science slam events where professional astronomers and others give informal talks in local bars on a variety of scientific topics followed by lots of discussion and interaction with the public. In the intermission between talks, the scientists present roam around the bar, interacting with members of the public, and answering questions.

Astronomy on Tap was founded in New York City in 2014 and has since then spread around the world. The latest additions to the more than 25 AoT “satellites” were Aarhus, Denmark and just recently in October 2017 Bogota, Columbia. With the help of a MVUB grant, some PlanetS scientists lead by Dr. Daniel Angerhausen now also add Bern to the world map of AoT locations for the first ever Astronomy on Tap in Switzerland.

A typical Astronomy on tap event consists of 3-4 outreach talks mainly of professional astronomers, astrophysicists, astrobiologists but also of scientists, engineers, educators or artists from other connected fields. Each of these ~ 15 minute talks is followed by a similarly long question and answer session, where guests can ask specific questions about the presentation or discuss general astronomy topics they are interested in. Furthermore, AoT events provide activities such as Astronomy bingo (audience gets bingo cards with words and themes appearing in the talks) or quizzes to further increase the interactivity and public engagement. Actively participating audience will be rewarded with giveaways such as stickers, pins or other promotional material from organizations like PlanetS, NASA, ESA, or ESO or exclusive AoTBern stickers to collect at each upcoming event.

So do not miss to pick up the first sticker April 30th at ONO in Bern.
Registration page: http://www.onobern.ch/literatur/reservation/2792