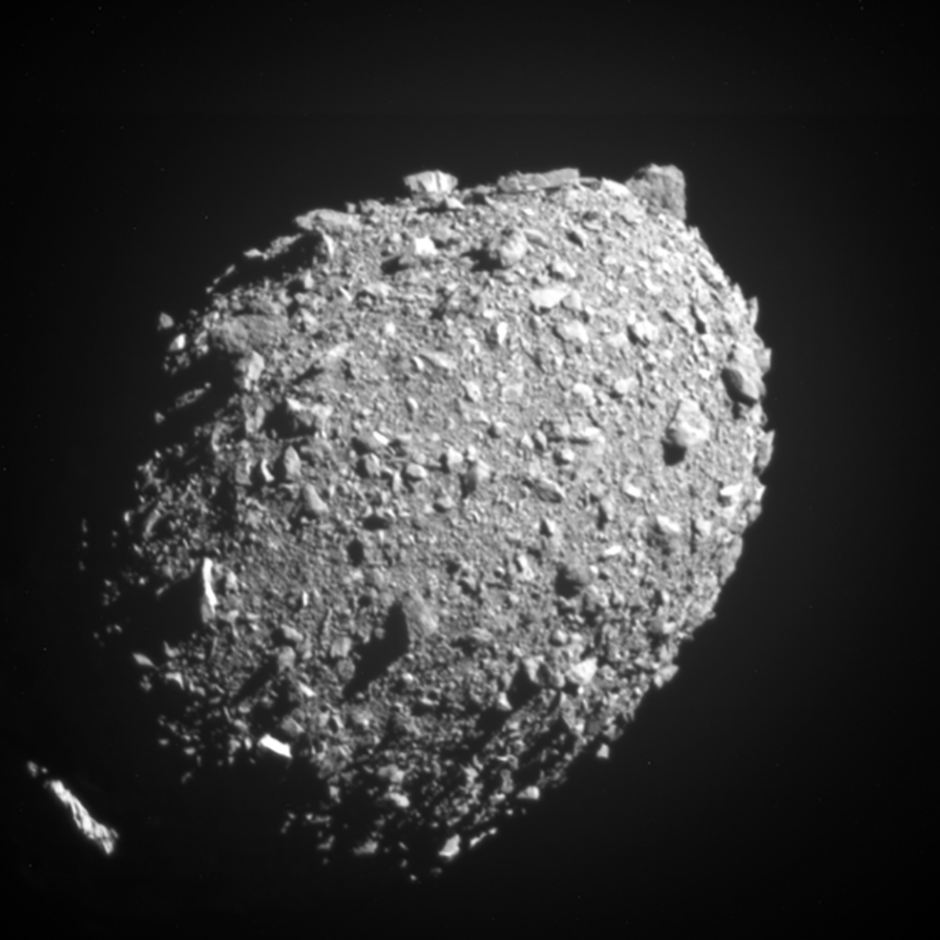 On September 27, the world’s first full-scale planetary defense test against potential asteroid impacts on Earth hit its target. Researchers of the University of Bern and the National Centre of Competence in Research (NCCR) PlanetS that are involved in NASA’s Double Asteroid Redirection Test (DART) mission give preliminary insights.

From the mission control centre at the Johns Hopkins Applied Physics Laboratory (APL) in Laurel, Maryland (US), Matrin Jutzi and Sabina Raducan from the Institute of Physics and the NCCR PlanetS at the University of Bern – who are part of the DART science team – observed the spectacle.

A pile of rubble and boulders
“I was too excited to sleep”, Sabina Raducan says on the morning after the impact. “Yeah, I didn’t get much sleep either. This was quite special”, Martin Jutzi agrees. “Thankfully, the mission was a great success.” 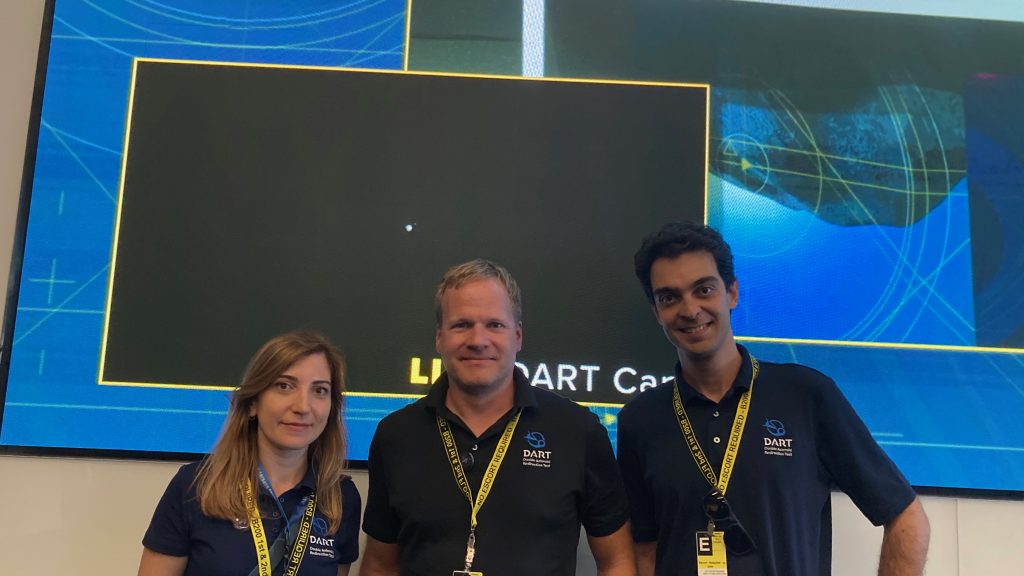 Yet for the two scientists, the most interesting part is what comes now: the analysis of the impact. They have spent much of the past few years working on simulations of collisions like the one of DART.

“Contrary to what one might imagine when picturing an asteroid, direct evidence from space missions shows that asteroids can have a very loose internal structure – similar to a pile of rubble – that is held together by gravitational interactions and small cohesive forces”, Raducan says.

Yet, previous simulations of the DART mission impact mostly assumed a much more solid interior of its asteroid target Dimorphos. “This could drastically change the outcome the collision of DART and Dimorphos: instead of leaving a relatively small crater, the impact could completely deform Dimorphos. The asteroid could also be deflected much more strongly and larger amounts of material could be ejected from the impact than the previous estimates predicted”, Raducan points out.

A prize winning new approach
“One of the reasons that this scenario of a loose internal structure has so far not been thoroughly studied is that the necessary methods were not available”, Raducan says. “Such impact conditions cannot be recreated in laboratory experiments and the relatively long and complex process of crater formation following such an impact made it impossible to realistically simulate these impact processes up to now”, according to the researcher. 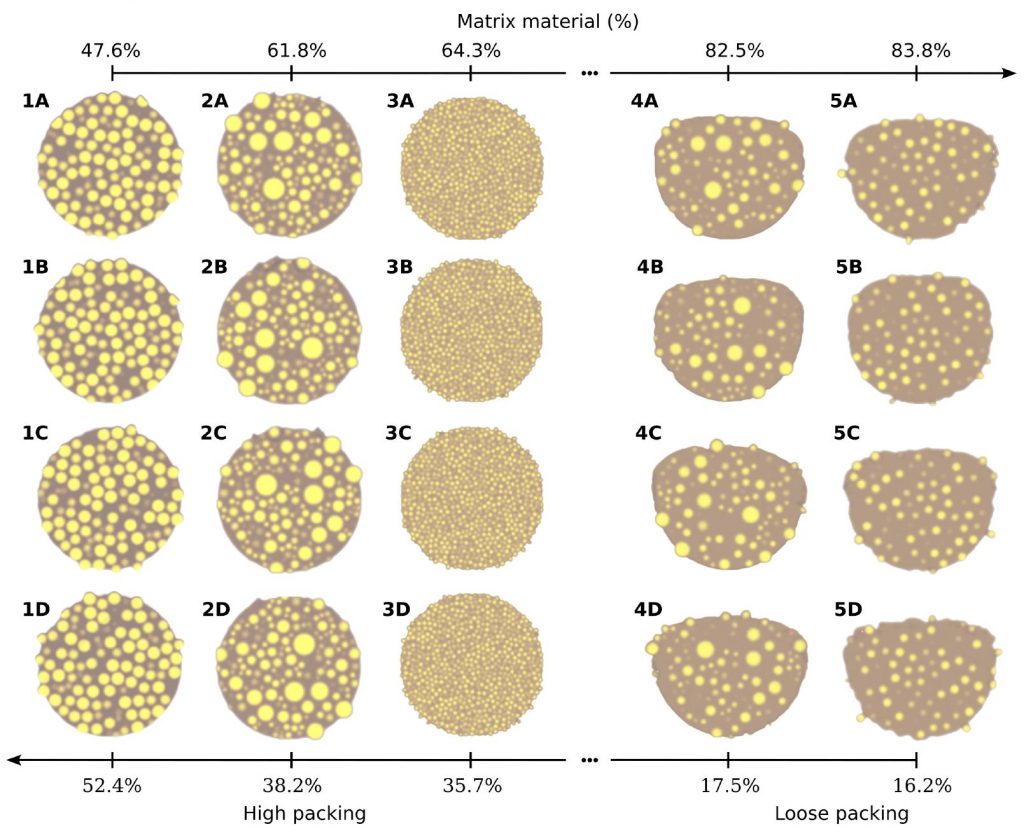 “With our novel modelling approach, which takes into account the propagation of the shock waves, the compaction and the subsequent flow of material, we were for the first time able to model the entire cratering process resulting from impacts on small asteroids like Dimorphos”, Raducan says. For this achievement, Raducan was recently honoured by the European Space Agency ESA.

A promising first impression that requires extensive analysis
Understandably, Raducan and Jutzi are very eager to learn if their simulations were a realistic estimate. “Based on the last images that the probe took before its impact, it looks like Dimorphos is indeed a pile of rubble (and boulders) rather than solid rock”, Raducan says with a smirk. 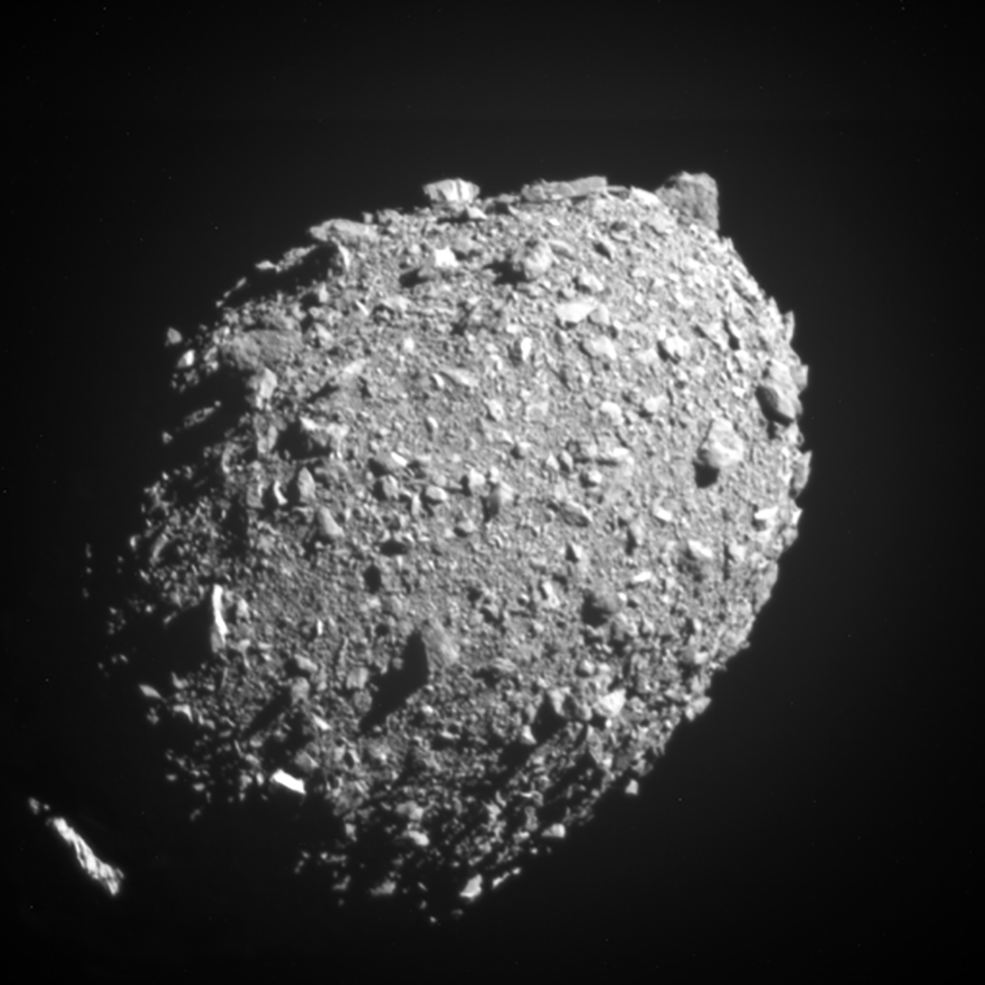 The last complete image of asteroid moonlet Dimorphos, taken by the DRACO imager on NASA’s DART mission from 12 kilometers from the asteroid and 2 seconds before impact. Credits: NASA/Johns Hopkins APL

“Other evidence that supports this first impression is are the images that telescopes and the first images from the Italian Space Agency’s LICIACube Satellite have taken. These seem to show large amounts of ejected material from the impact, which would point to a rather loose composition”, Jutzi says. “But we are still at a very preliminary stage and it is far too early to draw any definitive conclusions.” 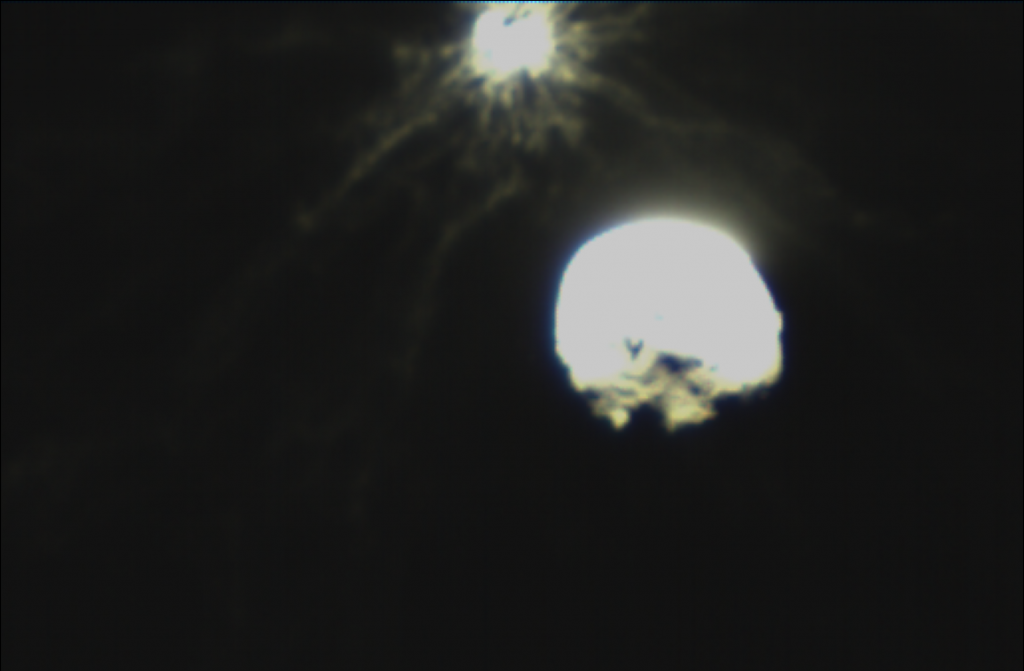 In the coming weeks, more images from different sources will become available.  And in 2024, the ESA will send a space probe to Dimorphos as part of the space mission HERA with the aim to visually investigate the aftermath of the DART probe impact.

“To get the most out of the HERA mission, we need to have a good understanding of potential outcomes of the DART impact” Jutzi says. “Our work on the impact simulations adds an important potential scenario that requires us to widen our expectations in this regard. This is not only relevant in the context of planetary defense, but also adds an important piece to the puzzle of our understanding of asteroids in general”, the researcher concludes.