Home  ›  News  ›  New insights into the formation of the Earth

New insights into the formation of the Earth 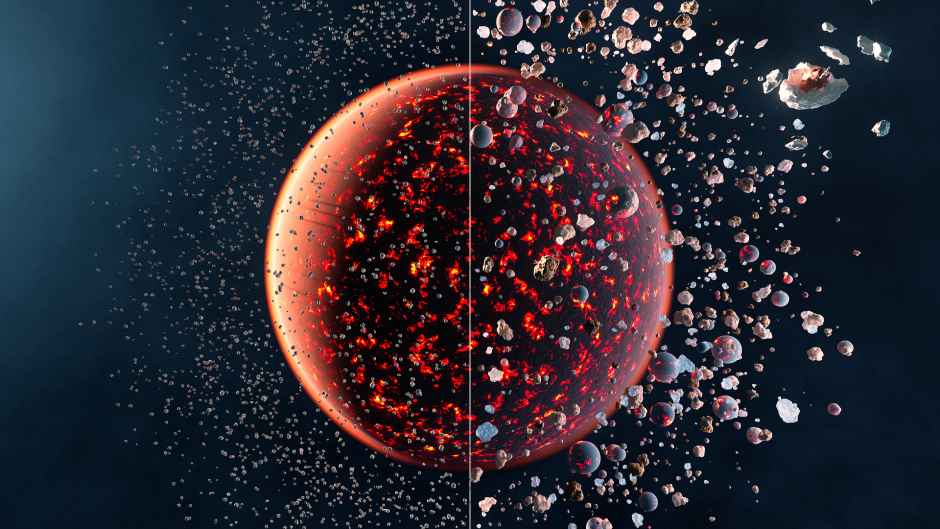 An international team of researchers, led by the ETH Zurich and the National Centre of Competence in Research (NCCR) PlanetS, suggests a comprehensive new theory for the formation of Earth. Their results could also help to understand how other rocky planets formed – in the Solar System and elsewhere. 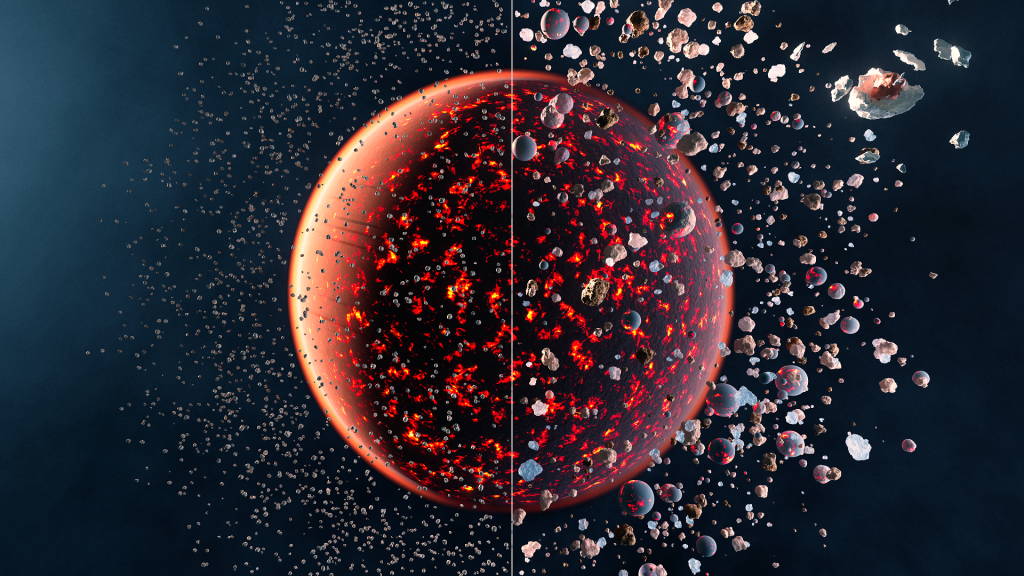 Artist’s impression of the forming Earth – from chondritic asteroids on the left, and from planetesimals on the right. Credit: Tobias Stierli / flaeck.ch

The Earth has been studied for millennia. Countless satellites observe its surface daily and detailed investigations have revealed its deepest secrets. Yet there remain some surprisingly fundamental questions about our home planet. One concerns its formation. Based on laboratory experiments and sophisticated computer simulations, an international team of researchers led by the ETH Zurich and the National Centre of Competence in Research (NCCR) PlanetS shed new light on this process in a new study published in the journal Nature Astronomy. 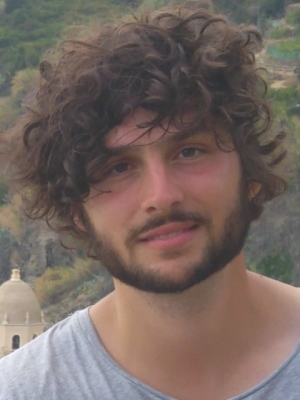 Paolo Sossi is an Assistant Professor of Experimental Planetology at the ETH Zurich and an associated member of the NCCR PlanetS. Image: Courtesy of Paolo Sossi

“The prevailing theory in astrophysics and cosmochemistry states that Earth formed out of so-called chondritic asteroids. These are very primitive, relatively small blocks of mostly rock and metal that formed early in the Solar System”, explains study lead-author Paolo Sossi, who is a Professor of Experimental Planetology at the ETH Zurich and an associate member of the NCCR PlanetS. “The problem with this theory is that measurements of meteorite samples from such chondritic asteroids have shown that no mixture of chondrites can clearly explain the exact composition of the Earth, which is much poorer in light, volatile elements such as hydrogen and helium”, Sossi points out.

Over the years, researchers have tried to explain this discrepancy through various hypotheses – for example, that collisions between the objects that later formed the Earth generated enormous amounts of heat that vaporised the light elements, leaving the planet in its current composition.

Yet recent, more sophisticated measurements – namely of the isotopic “fingerprints” of the elements of Earth – have rendered such theories implausible, as Sossi explains: “Isotopes are atoms that share the same number of protons in their nuclei but vary in the number of neutrons. Isotopes with fewer neutrons are lighter. Therefore, they would have evaporated and escaped from the growing Earth more easily over its history and thus fewer of them would have remained on Earth today. So, if substantial evaporation had indeed occurred in Earth’s history, the isotope measurements would have shown that – which they did not”.

In short: the Earth seems to have a composition unlike any of the chondrites currently available in the meteorite record.

To find the truth behind the birth of our home planet, the researchers therefore had to look for other solutions. “Based on dynamical planet formation models, we expect planets to form progressively, growing from small grains to km-sized planetesimals by collecting more and more material by gravitational attraction”, Sossi says. Like chondrites, planetesimals are small bodies of rock and metal. But unlike chondrites, they underwent sufficient heating to differentiate into a metallic core and a rocky mantle. “What is more; planetesimals that formed in different areas around the young Sun, or at different times, could contain very different elemental compositions”, Sossi points out. But could the random combination of different planetesimals actually result in a composition that matched that of Earth?

To find out, the team ran state-of-the-art planetary formation simulations in which thousands of planetesimals collided with one another due to gravitational interactions in the early Solar System. By tracking the composition of the bodies over time, these simulations, which reproduce the present number, location and masses of the four rocky planets (Mercury, Venus, Earth and Mars), showed that a rich mixture of many different such planetesimals could indeed sum up to produce the composition of Earth. In fact, they show that the Earth’s composition is given by the statistically most likely result of these simulations, based on the mathematics of the law of large numbers (in this case, large numbers of planetesimals).

A blueprint for other planets

“Even though we had suspected it, the result was quite remarkable to us”, Sossi remembers. “We now not only have a mechanism to explain the formation of Earth, but we also have a reference to calibrate formation models of other terrestrial planets”, the researcher says. This could be used, for example, to predict how the composition of Mercury differs from that of the other rocky planets. Or to gain insights into what type of rocky exoplanets could orbit other stars.

“What this study also shows, I believe, is the benefit of considering both the dynamics as well as the chemistry of planetary formation. I hope that this insight helps to initiate a closer collaboration between experts from both fields to the benefit of planetary science as a whole”, Sossi concludes.