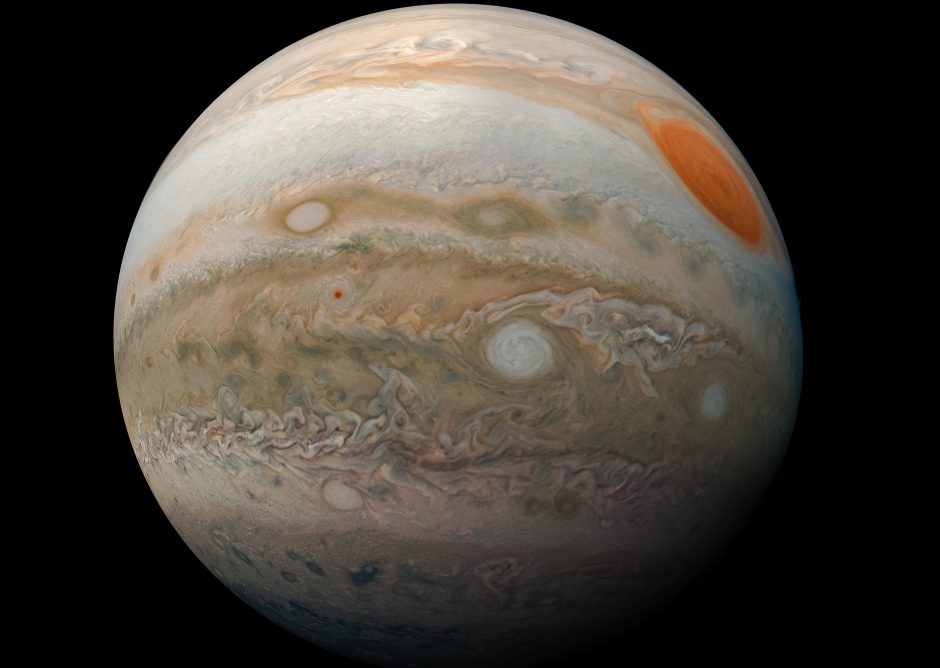 Researchers of the University of Zurich (UZH) and the National Centre of Competence in Research (NCCR) PlanetS have investigated Jupiter’s formation history in great detail. Their results suggest that the giant planet migrated far from its origin and collected large amounts of material on its journey. 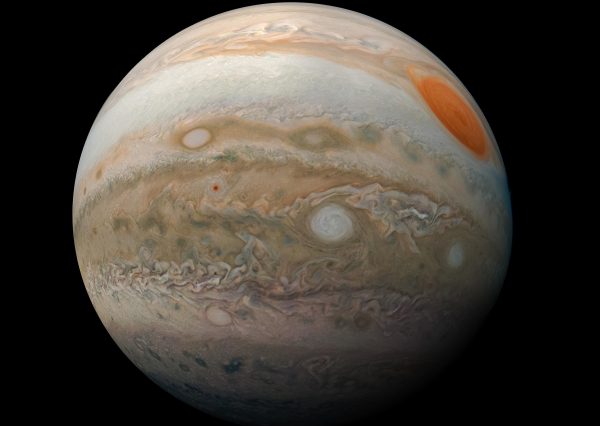 Jupiter, as seen by the Juno spacecraft. Image: NASA/JPL

One of the most important open questions in planetary formation theory is the story of Jupiter’s origin. Using sophisticated computer modelling, researchers of the University of Zurich (UZH) and the National Centre of Competence in Research (NCCR) PlanetS now shed new light on Jupiter’s formation history. Their results were published in journal The Astrophysical Journal Letters.

A curious enrichment of heavy elements 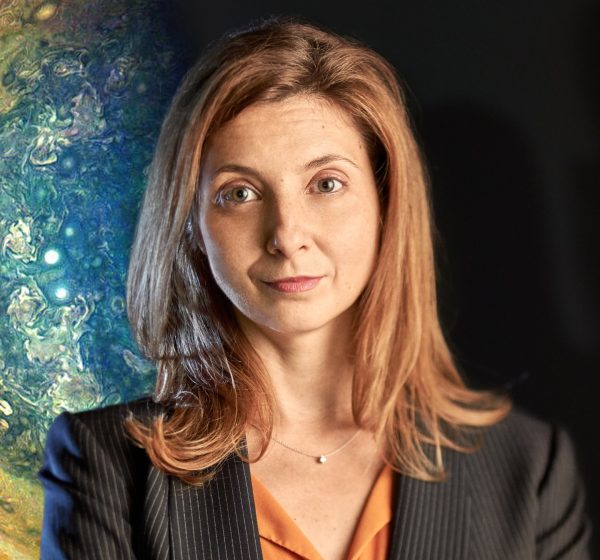 Professor of Theoretical Astrophysics at the University of Zurich and member of the NCCR PlanetS, Ravit Helled. Image: Jos Schmid

When the Galileo spacecraft released a probe that parachuted into Jupiter’s atmosphere in 1995, it showed among other things that heavy elements (elements heavier than helium) are enriched there. At the same time, recent structure models of Jupiter that are based on gravity field measurements by the Juno spacecraft  suggest that Jupiter’s interior is not uniform but has a complex structure.

Since we now know that the interior of Jupiter is not fully mixed, we would expect heavy elements to be in a giant gas planet’s deep interior as heavy elements are mostly accreted during the early

stages of the planetary formation”, study co-author, Professor at the University of Zurich and member of the NCCR PlanetS, Ravit Helled begins to explain. “Only in later stages, when the growing planet is sufficiently massive, can it effectively attract large amounts of light element gases like hydrogen and helium. Finding a formation scenario of Jupiter which is consistent with the predicted  interior structure as well as with the measured atmospheric enrichment is therefore challenging yet  critical for our understanding of giant planets ”, Helled says. Of the many theories that have so far been proposed, none could provide a satisfying answer. 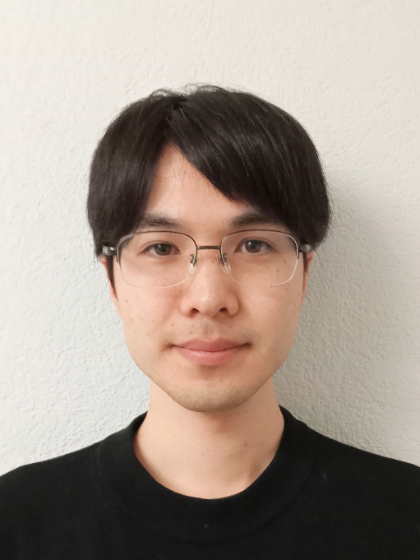 Sho Shibata is a postdoctoral researcher at the University of Zurich and a member of the NCCR PlanetS. Picture: Nana Shibata

“Our idea was that Jupiter had collected these heavy elements in the late stages of its formation by migrating. In doing so, it would have moved through regions filled with so-called planetesimals – small planetary building blocks that are composed of heavy element materials – and accumulated them in its atmosphere”, study lead-author Sho Shibata, who is a postdoctoral researcher at the University of Zurich and a member of the NCCR PlanetS, explains.

Yet, migration by itself is no guarantee for accreting the necessary material. “Because of complex dynamical interactions, the migrating planet does not necessarily accrete the planetesimals in its path. In many cases, the planet actually scatters them instead – not unlike a shepherding dog scattering sheep”, Shibata points out. The team therefore had to run countless simulations to determine if any migration pathways resulted in sufficient material accretion.

“What we found was that a sufficient number of planetesimals could be captured if Jupiter formed in the outer regions of the solar system – about four times further away from the Sun than where it is located now – and then migrated to its current position. In this scenario, it moved through a region where the conditions favoured material accretion – an accretion sweet spot, as we call it”, Sho reports.

A new era in planetary science

Combining the constraints introduced by the Galileo probe and Juno data, the researchers have finally come up with a satisfying explanation. “This shows how complex giant gas planets are and how difficult it is to realistically reproduce their characteristics” Ravit Helled points out.

“It took us a long time in planetary science to get to a stage where we can finally explore these details with updated theoretical models and numerical simulations. This helps us close gaps in our understanding not only of Jupiter and our solar system, but also of the many observed giant planets orbiting far away stars”, Helled concludes.