How Switzerland contributes to PLATO 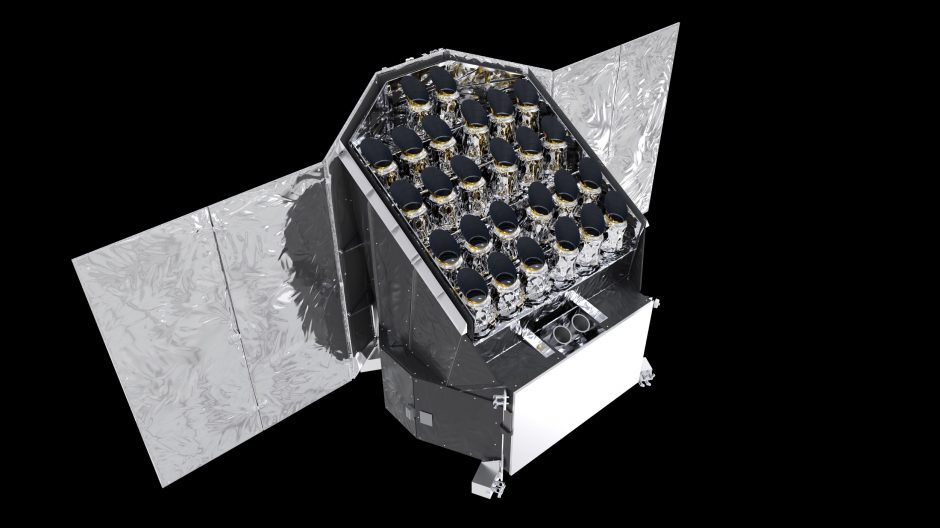 ESA’s next-generation planet-hunting mission received the green light to continue with its development after the critical milestone review concluded successfully in January. Switzerland plays a key role in this special undertaking. 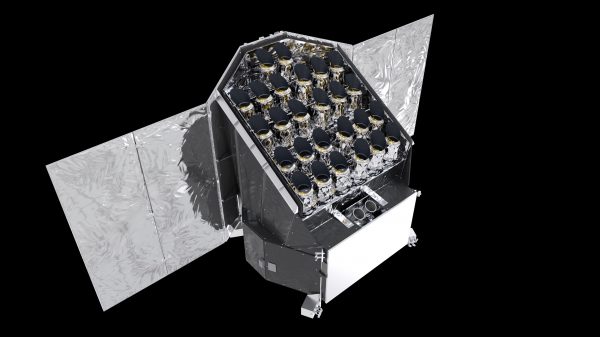 How many rocky, Earth-like planets are there, out there vastness of the cosmos? How many orbit a star similar to our Sun? How many could potentially be inhabited? These are some of the most important questions that astronomy could hope to answer. So far, it has not. Not for a lack of effort, but rather because the instruments with which such questions could be answered simply do not exist. Yet.

One that is currently under development, the PLAnetary Transits and Oscillations of stars – or PLATO, will help answer these questions, as it was specifically designed to do so. In January, it passed its so-called critical milestone review, in which essential parts of the designs were checked – such as the spacecraft’s ability to safely carry its payload, i.e. the telescopes with which it will monitor its targets.

Switzerland and the NCCR PlanetS play important roles in the realization of PLATO and its scientific goals.

A wealth of expertise for follow-up investigations

Planets that orbit their star many light years away from Earth are extremely difficult to view directly, mostly because they are incredibly dim compared with their host stars. PLATO will therefore detect planets indirectly, with the so-called Transit method. This method detects dips the brightness of a star when a planet passes by between the star and the telescope — a transit.

From transits, astronomers can not only infer the existence of an exoplanet but also estimate its size from the extent of the dimming of the star’s light. To reveal its mass and to determine whether a planet is rocky or rather made mostly of gas or ice, however, additional investigations are necessary.

Such follow-up results could be obtained with other instruments – for example the High Accuracy Radial velocity Planet Searcher – HARPS –, at the ground based ESO La Silla 3.6m telescope. 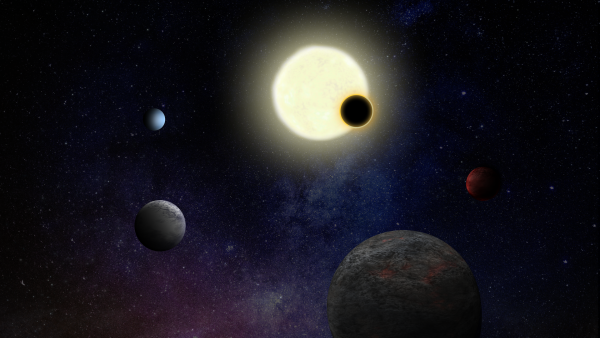 “Since the first discovery of an exoplanet around a Sun-like star in 1995, the University of Geneva has had a world-leading expertise in detecting exoplanets and their masses with the so-called radial velocity method. By detecting changes in a star’s light due to the gravitational pull of an orbiting planet, we can obtain a planet’s mass. Combined with the results of PLATO, we will also be able to determine a planet’s make-up”, PLATO researcher Stéphane Urdy, who is a Professor of Astronomy at the University of Geneva and a member of the NCCR PlanetS points out. 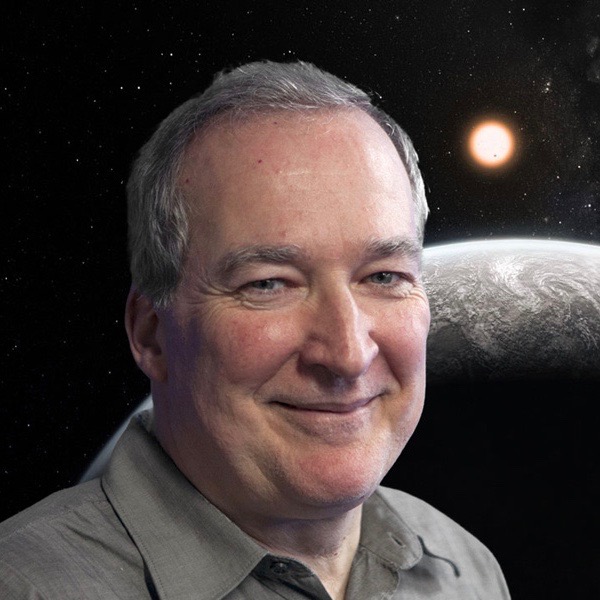 PLATO will not be the first instrument to detect exoplanets in this manner – with its 4 telescopes, for example, NASA’s TESS Exoplanet Mission already detected thousands of exoplanets with the help of the transit method. PLATO will however be equipped with no fewer than 26 separate telescopes that are dedicated to target planets resembling our own: Earth-like planets orbiting Sun-like stars in the so-called habitable zone – within which liquid water can exist. This sets it apart from previous missions like TESS, which are better suited to find giant (gas) planets that orbit their star on very close orbits (which makes them easier to spot but also quite hostile to life). PLATO will also be able to deliver precise measurements of the mass, size and age of stars – all of which are important to understand planetary systems as a whole.

“PLATO’s unique capabilities will provide a wealth of data to keep astronomers busy for decades. With our decades of experience in the field, researchers at the University of Geneva will play an important part in this process”, Urdy says with excitement. The results of these investigations, Urdy hopes, will give astronomers a better idea of which kind of planets are out there and in which kind of systems they exist – and ultimately help us better understand our place in the cosmos.

Yet to get to that point, PLATO will first have to be built. It all begins with the mounting structure for the key pieces – the 26 telescopes with which it will observe the sky.

From the computer to space 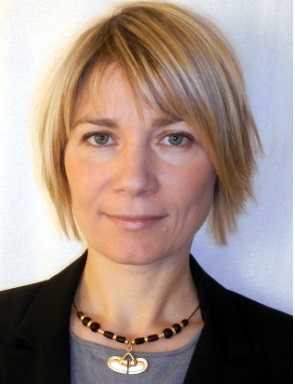 Virginie Cessa is the Project Manager of the PLATO module construction at the University of Bern.

“When designing something for space, there are several requirements to consider. The strong vibrations during take-off, for example, or the extreme temperatures that occur in space. And everything has to be as light as possible, of course”, Virginie Cessa, Project Manager for the development of the mechanical structures for the 26 PLATO Telescope Optical Units (TOU) at the University of Bern (UBE) explains.

These telescopes make PLATO quite special, as she points out: “Since PLATO will have 26 telescopes, every additional mass is multiplied by 26. Therefore it was especially important that every telescope is as light as possible.”

To meet the stringent performance requirements, the telescope tube is made of a particular material: AlBeMet – an alloy of Aluminium and Beryllium. It has a low density, which makes it light and is very resistant to temperature fluctuations. “AlBeMet is a fantastic material for our purpose but it does have a downside: it is toxic. The machining therefore requires specialized infrastructure that our industrial partners provided”, Cessa says. 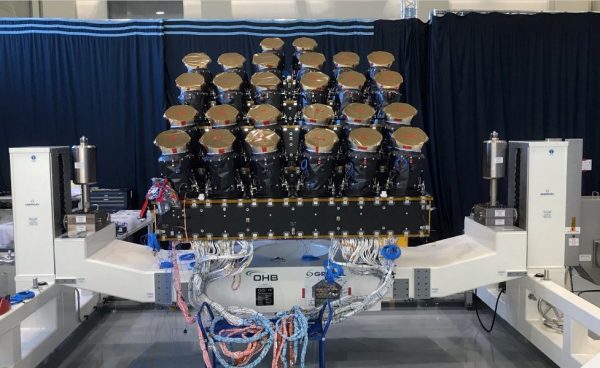 The engineer and her team in Bern already delivered Mechanical and Thermal Dummies for 26 Telescopes Optical Units, which have been integrated on the PLATO Payload Module at the spacecraft manufacturing site of the company OHB. The team plan to deliver all 26 telescope mounts by the end of 2022. Keeping  their schedule on track is especially important, because the structures are required for the further assembly of the telescope.  “Our mechanical parts are the first in the assembly chain. We deliver them to Italy, where the lenses are produced and integrated in the telescope structure. The telescopes are then tested in and delivered to Belgium, where additional parts constructed in Spain are integrated. So any delay on our side will affect the whole consortium”, Cessa points out. Yet so far, things have gone according to plan. Six of the telescope structures have already made their way to their destination. “We are excited to see the designs we made on our computers be manufactured and look forward to witnessing the first science results they enable”, Cessa concludes.