Aerosuisse Award for the CHEOPS team 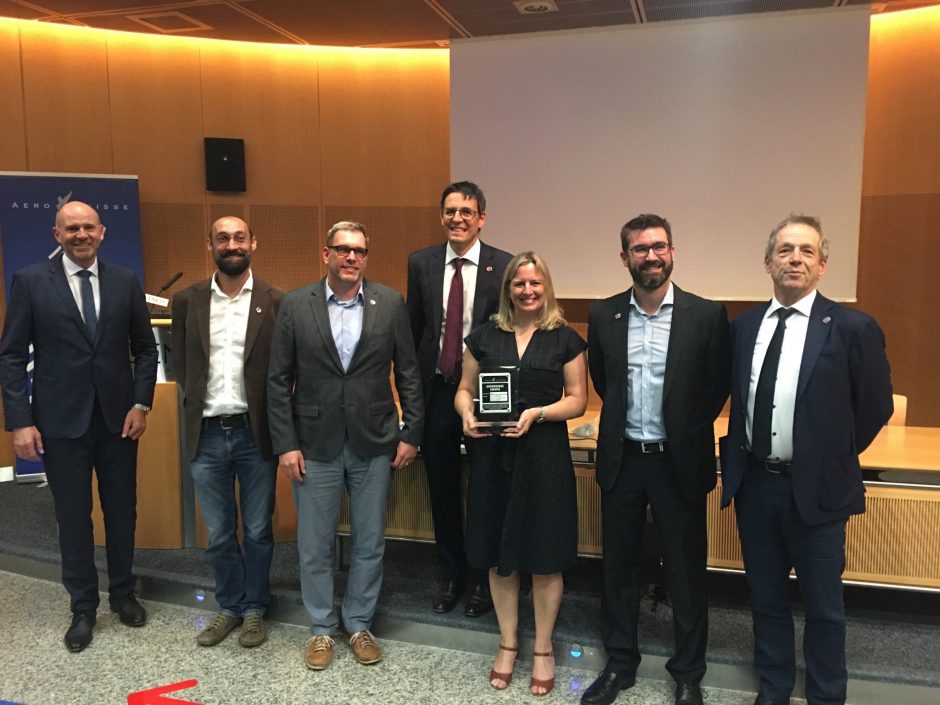 The Aerosuisse 2020 Award was presented to the CHEOPS satellite team at the Aerosuisse Annual General Meeting held at Geneva Airport on September 11 to mark its 100th anniversary.

The award recognizes the success of the first CHEOPS mission carried out in partnership between the European Space Agency (ESA) and Switzerland. Under the direction of Willy Benz and Didier Queloz, it brings together more than 100 scientific researchers from eleven European countries behind the objective of tracking down exoplanets potentially favorable to the development of life. CHEOPS measures variations in the brightness of a star as a planet passes in front of it. These values make it possible to deduce the size of the planet and then determine its density using the data already available. This provides vital information about the planets, such as whether they are mainly rocky, consist of gas or have deep oceans. This is an important step in determining whether a planet has the right conditions for the development of life. CHEOPS was developed in collaboration between ESA and Switzerland.

Aerosuisse, founded in 1968, is an organization whose aim is to protect the interests of the Swiss aerospace industry and safeguard its livelihood. Its membership includes around 140 companies and organizations.