How we might search for life in the future 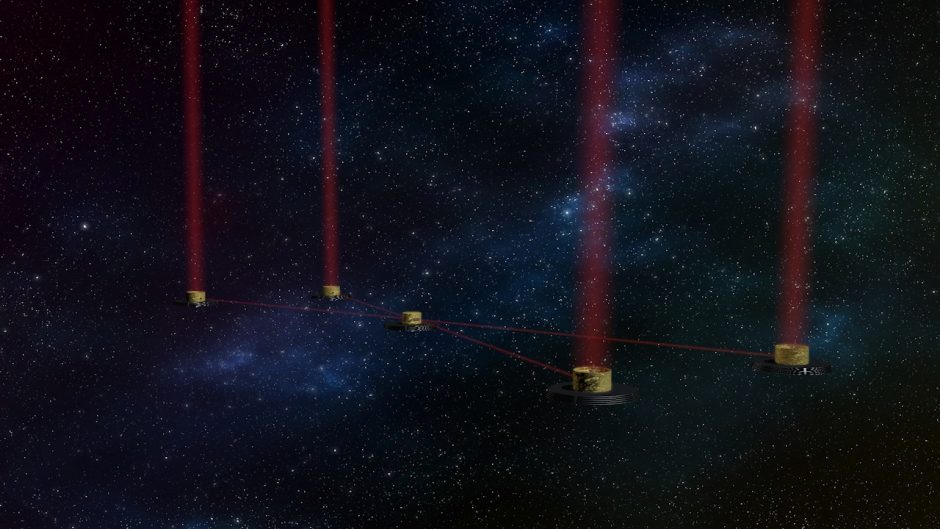 The “LIFE” mission, proposed by PlanetS researchers, could help answer questions about the habitability of our cosmic environment by employing a direct approach.

When looking up at the sky at night, sooner or later the inevitable question arises: “Are we alone?”

So far, science has not found the answer, even though it has been certain since the 1990s that planets orbit around stars  beyond the boundaries of our solar system. Since then, more than 4000 of these exoplanets have been discovered, showing remarkable diversity. From red-hot gas giants, to styrofoam-like planets and ocean worlds wrapped in ice, almost every imaginable variety can be found in the vastness of space. In the coming years, missions like CHEOPS will likely discover many more.

But which ones would be suitable as a home for life forms? Are such planets rare? Might there be worlds that are already inhabited? An initiative, led by of PlanetS researchers, wants to realize a space mission in the next few decades, that could help adress these questions: “Large Interferometers For Exoplanets”, or “LIFE” for short.

Narrow down the search
The obvious thing to do is to look for Earth-like planets. That means: planets which receive the right amount of radiation and energy from their star to allow liquid water on their surface – from about 0,35 to 1,75 times the amount Earth receives. They should also be the right size: large enough to have enough gravity to hold a stable atmosphere, but not so large as to attract huge amounts of helium and hydrogen during their formation. And the planets must be possible to observe reasonably well. In this context, this means that the planets’ radiation signal should be at least five times stronger than that of background radiation and other sources during the first phase of the mission, when suitable planets are sought. According to PlanetS researcher Sascha Quanz, there could be about 50 candidates of this type in our immediate cosmic neighbourhood. In a second mission phase, these planets would then be observed again for a longer period of time and examined more closely.

For this estimate, the researcher and his colleagues simulated planetary systems within a radius of about 60 light years. Their simulation is based on data from the NASA Kepler mission, that discovered nearly 2700 exoplanets over 9 years. “These 50 Earth-like planets are based on the current state of our knowledge,” Quanz emphasizes towards PlanetS. “But so far, only a few of their kind have been found in our immediate neighbourhood.”

This is because the methods used to track down exoplanets so far are not particularly suitable for such Earth-like worlds.

Previous methods only find a fraction of all planets
At present, exoplanets are detected mainly by indirect methods. Most often by the so-called transit method, which measures the darkening of the star when the planet passes by. But this method has serious disadvantages, Quanz explains: “The probability of a transit of Earth-like planets in front of a Sun-like star is about 0.5 percent. Statistically speaking, that means that out of two hundred, this method only finds one planet”. In addition, a single transit is not enough to identify planets unambiguously. An apparent darkening could also be caused by effects from background stars or measurement errors. Therefore several, periodic transits must be measured. Depending on the orbital period, this can take years. In addition: Earth-like planets are relatively small, which makes it difficult to detect their darkening of the star.

For these reasons, the planned “LIFE” mission will use a measuring method with which the exoplanets can be observed directly: the so-called “Nulling Interferometer Method”. With the help of a central element, it combines the stellar radiation-waves that reach several telescopes in such a way, that they cancel each other out. As a result, the bright starlight is darkened and the weak radiation of the planet becomes detectable – similar to covering the sun with your hand to see a passing airplane. A conceptual illustration of the LIFE telescopes and the central instrument for combining the beams. (Source: ETH Zurich)

“If you do this correctly, instead of a single planet out of two hundred, suddenly all of them become detectable!”, Quanz explains. Direct observation would therefore be a great step forward – at least for the closer cosmic environment that can be observed with this method.

The following picture shows what an observation might look like one day. It shows the ratio of simulated planetary and background radiation. The planet can be seen at the top right in yellow. The color indicates a large signal-to-noise ratio of the measurement (SNR). At the bottom left there are secondary signals due to the symmetry of the telescopes. Mock observation of a planet by the simulation tool LIFEsim. (Quanz et al., in prep)

These measurements can allow estimates of the size of the planet as well as the surface temperature. Using this information, the researchers can then assess which candidates might be worth further investigation. Only longer observations provide reliable information about which planets are actually surrounded by an atmosphere and that atmosphere is composed of.

Is the earth an exception?
The researchers obtain this information from the so-called radiation spectrum of the planets. This shows how strongly the planets radiate in different ranges of infrared light. The spectrum reveals whether parts of the radiation are missing.

This can be well illustrated using the example of the spectrum of the Earth, shown in the following diagram. The red curve corresponds to the radiation emanating from the surface. The black curve shows the radiation measured from space. The difference between the two curves shows that parts of the Earth’s radiation are absorbed by gases in the atmosphere. Since absorption regions are characteristic features of gases, the spectrum can be used to draw conclusions about the composition of the atmosphere. For example, the strong absorption in the range of about 5 to 8 microns or beyond 17 microns indicates the presence of water vapor (H2O). If the spectra of the Earth-like exoplanets measured by the “LIFE” instruments also show gaps in the absorption range of water vapour, as well as the right temperature range, this would be an indication of habitability. Absorption in the range of methane (CH4) or ozone (O3) and especially their joint occurrence, as is the case on Earth, would hint towards life, as Quanz explains: “Since methane and ozone react rapidly with each other in the atmosphere, their coexistence can only be explained by continuous biological activity.

Even if none of the planets studied showed evidence of life, this would not rule out the possibility that they could still be inhabited. “On Earth, too, no corresponding signature would have been measurable over the first two billion years, although it was already inhabited by microbes. And even if the results were negative with regard to water, the mission would not be in vain: “According to statistical hypothesis tests, if there are 30 to 50 or so planets that are in the habitable range but do not contain any water, we can conclude: Habitability is simply rare,” explains Quanz. So the Earth could be an exception.

Either way, the LIFE mission could provide us with answers to very big questions and thus consolidate Switzerland’s leading role in exoplanet research. Whether the project will be implemented within the science program of ESA is still unclear – it is still being discussed as part of the Voyage 2050 process. We should know more by autumn.