The Red Planet in images 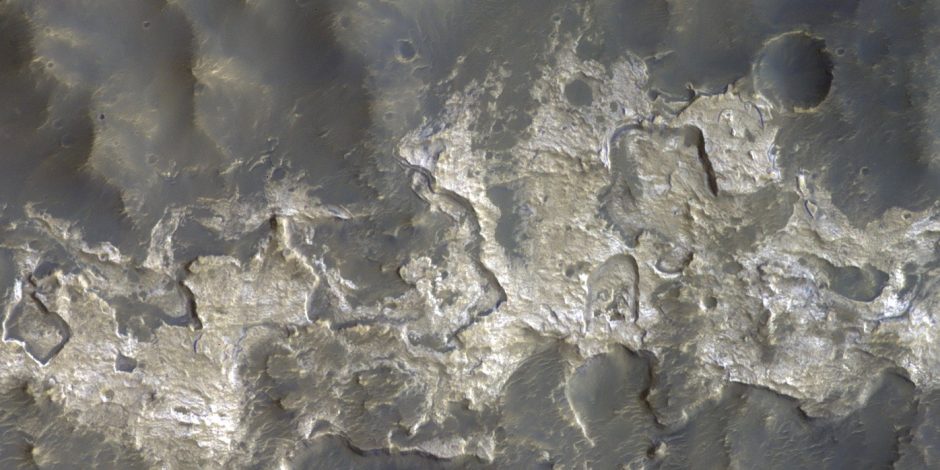 Fifty years ago, exploration of Mars using robotic space probes began in parallel with human exploration of the Moon. Today, it is possible to take images that reconstruct the relief of the surface of Mars in a very precise way. Thanks to the data collected, we now know that the Red Planet had a warmer past and that there was abundant liquid water. This image covers a portion of the wall-terrace region of the 100 km-wide Columbus Crater in the southern hemisphere of Mars. Layered rocks that appear in light-tones are found extensively on the northern crater walls, terraces and floor. These rocks have subsequently been eroded to expose successive layers in cross-section. The image was taken by CaSSIS on 15 January 2019. (Credit: ESA/Roscosmos/CaSSIS, CC BY-SA 3.0 IGO)

At the University of Bern, a public lecture in French will give an overview of past, current and future missions to Mars. Nicolas Mangold, Deputy Director of the Laboratory of Planetology and Geodynamics in Nantes, France, will talk about the progress made thanks to NASA’s Curiosity rover and the scientific results that can be gained from the images of the CaSSIS Mars camera on board the ExoMars spacecraft. CaSSIS (Colour and Stereo Surface Imaging System) was developed at the University of Bern by Nicolas Thomas. He and Antoine Pommerol from the Institute of Physics at the University of Bern give an introduction and explain how the Mars camera works.