The Nobel Prize opens many doors 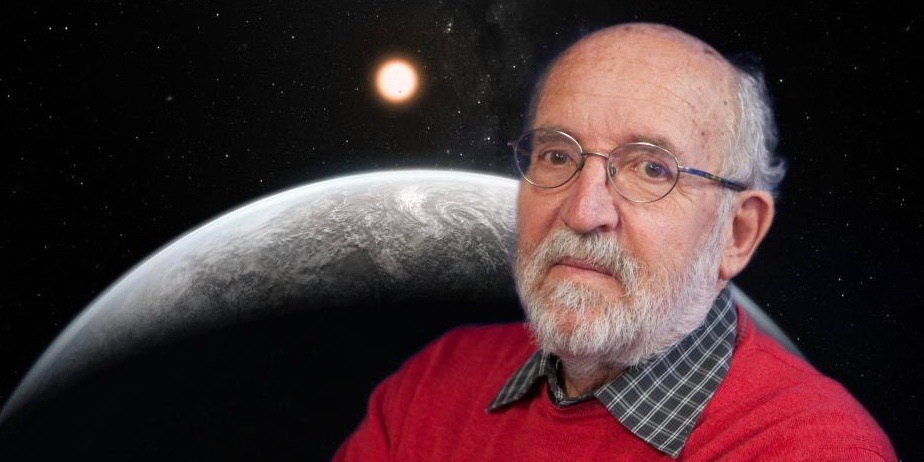 Professors Michel Mayor and Didier Queloz are awarded the 2019 Nobel Prize in Physics for their discovery of the first exoplanet orbiting a solar-type star. Michel Mayor is member of the Advisory Board of the NCCR PlanetS. He talks about his best and worst memories as a researcher. Michel Mayor, Honorary Professor of the Faculty of Science of the University of Geneva. (Photo: UNIGE)

Who was a role model in the world of science when you started?
Michel Mayor: I had, and still have, a high regard for my theoretical physics professor Ernst Stückelberg, who I believe would have deserved the Nobel Prize.

And now?
It changes over the course of life as you get to know people and their history. I have great admiration for Otto Yuliyevich Schmidt. Born in Russia in 1891, he was a brilliant allrounder. He was a geographer when he surveyed the Russian coasts for a possible Arctic sea passage. He was also a mathematician, geophysicist and astronomer, but also a psychoanalyst, statesman, professor at Moscow University, editor-in-chief and vice-president of the USSR Academy of Sciences. But what most impresses me, as an astronomer, is that in the 1940s he had already explained the physics of planet formation when no one thought there were any outside the solar system.

Did you have to overcome some reticence to announce the discovery of 51pegb?
At the beginning of 1995, when we already had the results of 51pegb, a paper by Alan Boss, an eminence in the field, was published saying that radial velocity is not the right way to look for Jupiter size planets because by forming far from the star they had to turn around it in at least 10 years. Ours did it in 4 days, there we said to ourselves: “Be careful, we are in complete contradiction with the theory”.

Your best memory as a researcher?
When we commissioned the ELODIE spectrographs at OHP (with which 51pegb was discovered) and HARPS on the 3.6m of the ESO in Chile. When you turn on the spectrograph and have the measurement in real time the first time, the moment is very strong, it is a huge reward for the whole team who has worked on the project for many years.

And the worst?
It was at La Silla; I was observing with the spectrograph CORAVEL on the Danish 1.5m telescope and suddenly there was a failure. I disconnected the power supply to check the installation and when I reconnected, I made a mistake in the connection and all the electronic circuits blew up.  It was a great moment of solitude. It took the ESO engineer 3 days to change all the integrated circuits in the installation one by one.

The Nobel Prize opens many doors, will you take advantage of it?
I don’t know yet. But that’s right, and I already experienced it in Madrid just after the announcement of the Nobel Prize. I was the host of a state house and was introduced to very high-ranking personalities of the Spanish state and even to the President of the Supreme Court.

What can be depressing in a researcher’s life?
At one point in my thesis there was something that didn’t work, I knew that the method was correct, that the physics was correct, but the results of the program were wrong. It lasted more than a month, every morning I tried something else, but nothing worked. It was depressing, but it remains anecdotal in a researcher’s life. On the other hand, and we can see this clearly within the NCCR, the search for a permanent job can be demotivating and depressing.

What would you say to a young person who wants to do research?
Let him or her go for it, if he or she wants not to hesitate, do not think about the next step. Whatever happens, there will be a place for them. And I remind you that Didier Queloz was a doctoral student when we discovered 51pegb and the search for an exoplanet was not his thesis subject at all.

Have you ever thought about giving up everything?
Never !