A prize for outstanding achievements 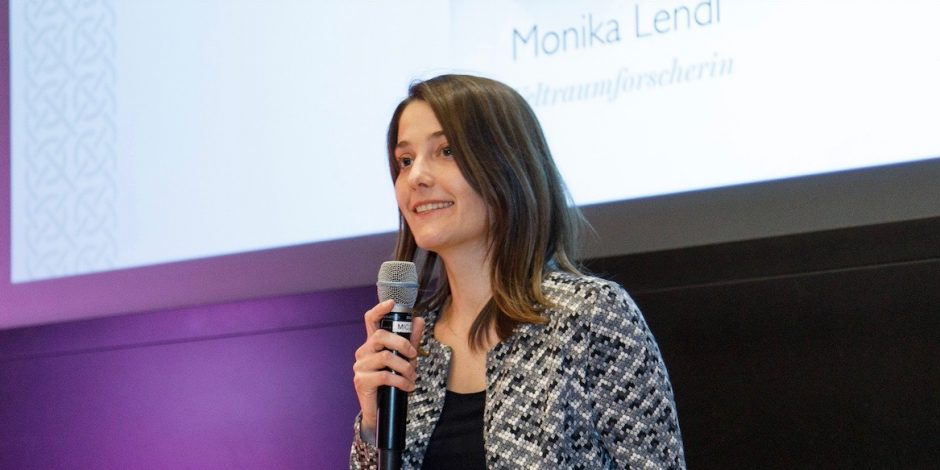 The astronomer Monika Lendl has won the Look! business award for the Austrian woman of the year in STEM (Science, technology, engineering & maths). Monika Lendl is member of PlanetS and works as senior researcher at The University of Geneva. This year’s Austrian woman of the year in the science, technology, engineering and mathematics, nominated by the Look! Magazine, is an astronomer and member of NCCR PLanetS. Monika Lendl, who has recently been hired as a senior researcher at the University of Geneva, received this high distinction in April this year. The price was awarded in Vienna at a gala evening that brought together Austria’s most influential women in a wide area of public life. The prices were awarded to women who have distinguished themselves in science, business, fashion, innovation, real estate, health or international markets.

“The award is a recognition of highly successful women who occupy important postitions in Austrian businesses, society, and research.” says Monika Lendl in excellent French, “We received the prices during a large ceremony in Vienna, which was attended by over 300 people, including several representatives of national politics.” This prize is awarded by an Austrian newspaper to reward outstanding achievements and enhance the visibility of women who make key contributions to many areas of society. It also encourages young women to pursue their ambitions and build carreers of their own.

“It was impressive to see all these women who are doing remarkable work and who are not in the background but at the forefront, in very high positions in industry, administration or business,” says Monika Lendl, whose role models remain all those women who dedicated themselves to research over 50 years ago, even when exposed to flagrant discrimination and very unfavourable circumstances.

“Astronomy and I is a story that started when I was a child. The sky has always held a special fascination for me, even though I was never a great hobby astronomer who would own their own telescope and look at the stars whenever the weather was fine. I was more of the kind to build igloos or tree houses, depending on the season of course,” recalls the Austrian astronomer. When it was time to choose a degree, even though astronomy was at the centre of her interests, Monika Lendl kept her eyes open for other opportunities, “I told myself that if things didn’t go well I could always turn to physics and work in a regular company”. During her studies at university, Monika Lendl loved the world she discovered, and her experience convinced her that if you did something you really loved, opportunities would always come along. The following proved she was right. “I really wanted to study exoplanets, but back then, there was no research group on this subject in Vienna. So I looked for, and found, a possibility to do a master’s thesis project at the Max Planck Insitute for Astronomy in Germany. During my master thesis, I had to carry out observations at La Silla observatory in Chile. There, I met some researchers from the university of Geneva,” explains the scientist. This chance meeting soon developed into a long-lasting collaboration between Monika Lendl and the exoplanet researchers from Geneva.

After completing her PhD under the supervision of Didier Queloz, she went on to pursue her research at the university of Liege in Belgium, and then returned to Austria for several years to participate in building up exoplanet research in her home country. Since April 2019, she has returned to Geneva as a senior researcher and part of the Swiss NCCR PlanetS.

“These days, I am focussing on transiting exoplanets.” explains the researcher, “These planets orbit in what we may consider a lucky configuration: they pass directly between us and their own host stars.  This allows us to measure their actual size and also study their atmospheres through spectroscopic means.” To carry out her research,  Monika Lendl routinely travels to Chile to observe with the Very Large Telescope, one of the most powerful telescopes on Earth.

Monika is also an integral part of the CHEOPS satellite mission, a Swiss-led ESA satellite that will be dedicated to exoplanet science. CHEOPS is due to be launched into space from the European space port in Kourou (French Guyana) later this year. Monika is managing a large part of the scientific observations with CHEOPS: those dedicated to characterizing the atmospheres of known exoplanets. The main goal of these observations is to measure the light emitted by the planet, and observe how it changes throughout the planet’s orbit around it’s host star.  “I’m convinced that we will be able to do it,” says the astronomer, “CHEOPS will be the most powerful photometer in the world”.