The crucial role of water 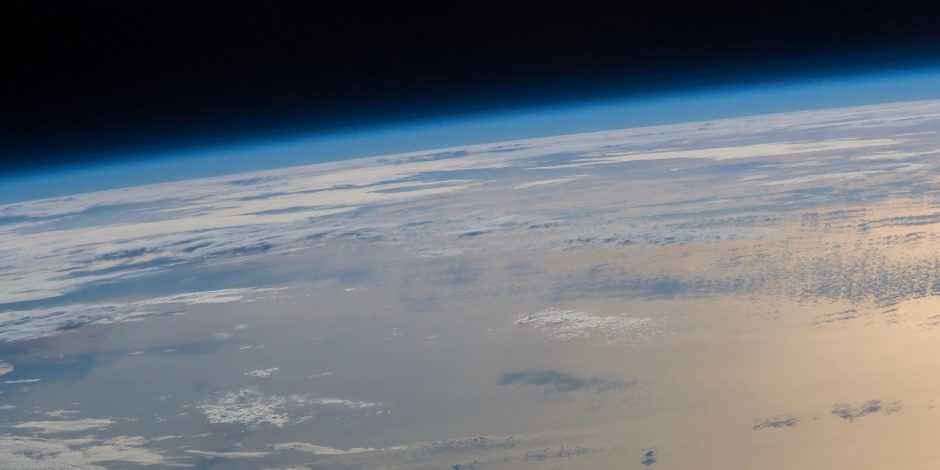 Water is indispensablel for life as we know it. The Pacific Ocean photographed from the International Space Station. (Photo NASA)

Water is one of the key molecules in shaping the history and present day of our planet Earth and is crucially important for many physical, chemical and biological processes during abiogenesis, the process to transform lifeless matter into the flourishing and astounding environment we experience today. For instance, the amount of water ice was crucial for the early built-up efficiency of the planets during earliest moments of our solar system.

It further influences the planetary interior structures and determines how likely a terrestrial planet is to undergo plate tectonics – the process which controls the motion of the continental plates on Earth. Further, the synthesis of the first biomolecules more than 4 billion years ago was only possible in a water environment like possibly on Earth during that time.

Because of the imminent importance of water to the field of planetary science, around 35 PlanetS scientists – from doctoral students to professors – met in Zurich to discuss about these processes and exchange ideas in an interdisciplinary environment. To span a broad perspective they discussed issues about the detectability of water in the atmospheres of extrasolar planets – planets far away from our own planet which circle around other stars. Such exoplanets may be key to let us understand which processes and environment are imminent or just lucky hits during the evolution of our own solar system – exoplanets are much alike our own well-known planets or may be extremely exotic: we need to find out. Participants of the PlanetS workshop in Zurich. (Photo PlanetS)

During the workshop it was further discussed how the role of water ices mixed with small dust grains can facilitate the growth of planetesimals – smaller versions of the rocky planets which are thought to be their building materials. These planetesimals also may have been a major reservoir to deliver water to Earth during the nascent solar system. Luckily, traces of these processes and the interior of them can be studied using laboratory experiments and high-precision measurements of meteorite ingredients, which are the shattered pieces of the planetesimals.

Finally, they discussed the missing links in our understanding and the time sequence of how water is delivered to planets. Its presence can influence the planets as a whole – creating dried out planets like Mars, unpleasant for life to flourish, or potentially extreme opposites of this like water worlds, fully covered with oceans.

The creative discussions during the meeting helped the scientists to understand each other’s perspective and the strength and weaknesses of the various disciplines involved – from observational and theoretical astronomy to cosmo- and geochemistry. Making use of the workshop’s extraordinary setting to discuss openly about all issues involving water they discussed pathways of how to combine the expertise of the various disciplines bundled in the NCCR PlanetS and to evolve our current understanding. The framework of PlanetS offers the unique opportunity to tackle interdisciplinary topics like water, which are of crucial importance for the field, in a collaborative environment. We hope to see many fruitful collaborations to emerge from this and future PlanetS-led workshops.
Tim Lichtenberg