Home  ›  News  ›  Espresso detects barium in the atmosphere of an exoplanet

Espresso detects barium in the atmosphere of an exoplanet 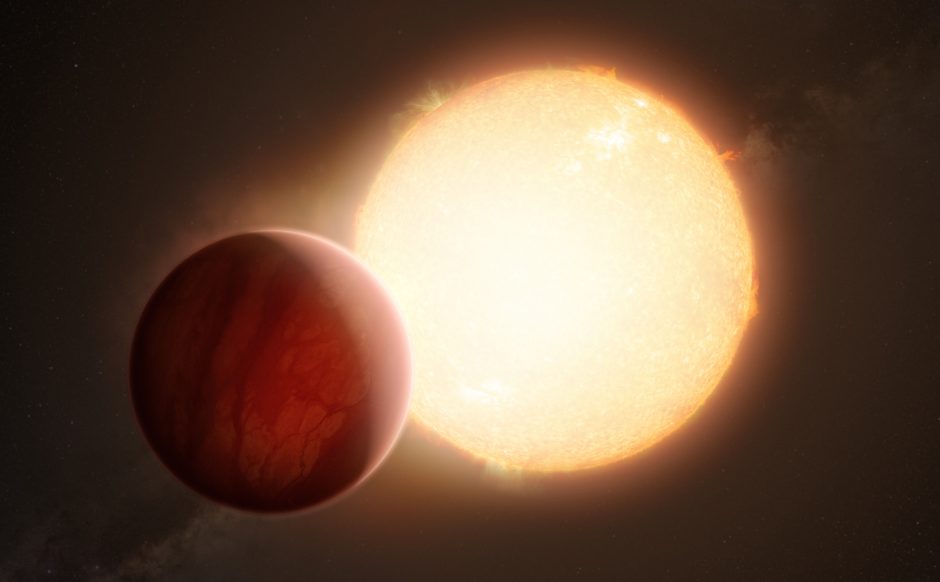 An international team including researchers from the University of Geneva (UNIGE) and the National Centre of Competence in Research (NCCR) PlanetS has detected the heaviest element ever found in the atmosphere of an exoplanet: barium. This feat was made possible by ESPRESSO, a spectrograph developed largely by the UNIGE and installed on the Very Large Telescope of the European Southern Observatory (ESO VLT). The scientists were surprised to discover such an element at high altitudes in the atmosphere of the ultra-hot gas giants WASP-76 b and WASP-121 b, as their strong gravity should – in theory – pull it down into their deep layers. This study, to be found in the journal Astronomy & Astrophysics, raises questions about the nature of these exotic atmospheres. 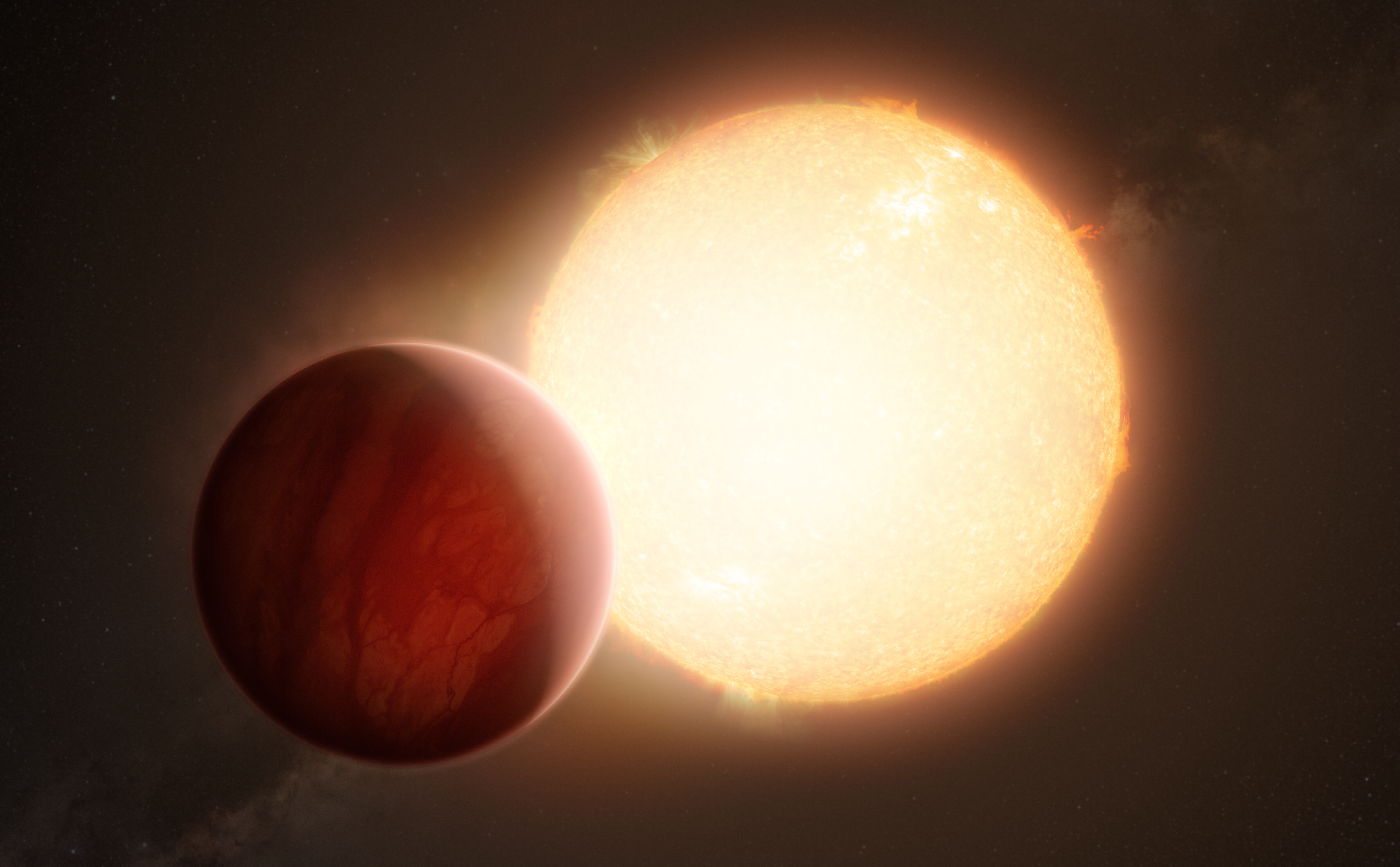 This artist’s impression shows an ultra-hot exoplanet, a planet beyond our Solar System, as it is about to transit in front of its host star. When the light from the star passes through the planet’s atmosphere, it is filtered by the chemical elements and molecules in the gaseous layer. With sensitive instruments, the signatures of those elements and molecules can be observed from Earth. Using the ESPRESSO instrument of ESO’s Very Large Telescope, astronomers have found the heaviest element yet in an exoplanet’s atmosphere, barium, in the two ultra-hot Jupiters WASP-76 b and WASP-121 b. Credit: ESO/M. Kornmesser

“This discovery once again demonstrates the effectiveness of Geneva’s know-how in the field of high-precision spectroscopy,” comments Francesco Pepe, professor in the Department of Astronomy at the UNIGE, co-author of this research and principal investigator of the ESPRESSO instrument. “This instrument allows us both to accurately detect new exoplanets using the radial velocity method and to characterize the composition of the exoplanet’s atmosphere, as demonstrated in this study.”

WASP-76 b and WASP-121 b are not ordinary exoplanets. They are both known as ultra-hot Jupiters, because their size is comparable to that of Jupiter, but their surface temperature is extremely high, exceeding 1 000 °C. This is due to the proximity of these planets to their host star. Their orbit around the star lasts only one to two days, which gives these planets rather exotic characteristics; on WASP-76 b, for example, astronomers suspect that it rains iron.

“This is something of an ‘accidental’ discovery,” says Tomás Azevedo Silva, a PhD student at the University of Porto and the Instituto de Astrofísica e Ciências do Espaço (IA) in Portugal, who led the study. We were not expecting or looking for barium in particular and we had to cross-check that it was indeed from the planet, as the presence of this metal had never been identified on an exoplanet before.”

Thus, the scientists were surprised to find barium – which is 2.5 times heavier than iron – in the upper layers of the atmosphere of WASP-76 b and WASP-121 b. “The strong gravity on these planets should indeed cause these heavy elements to fall to their deeper layers,” explains David Ehrenreich, associate professor in the Department of Astronomy at UNIGE and co-author of the study. “So, there must be a physical mechanism that we don’t know about that brings the barium into the upper layers of the atmosphere of these hot Jupiters.

The fact that barium was detected in the atmosphere of these two hot Jupiters suggests that this class of planets may be even stranger than previously thought. The question for scientists now is to determine the natural process that could cause this heavy element to be present at such high altitudes in these exoplanets.

Determining the composition of an exoplanet’s atmosphere requires highly specialized equipment. The research team used the ESPRESSO instrument on ESO’s Very Large Telescope (VLT) in Chile to analyze the starlight filtered through the atmospheres of WASP-76 b and WASP-121 b. This allowed several elements to be clearly detected in them, including barium.

These new results show that researchers have only scratched the surface of the mysteries of exoplanets. With future instruments, such as the ArmazoNes High Dispersion Echelle Spectrograph (ANDES) that will operate on ESO’s upcoming Extremely Large Telescope (ELT), astronomers at UNIGE, PlanetS and around the world will be able to study the atmospheres of exoplanets, large and small. These instruments will also allow them to analyse the atmospheres of rocky Earth-like planets in much greater detail and to gather more clues about the nature of these strange worlds.