The mysteries of cosmic dust 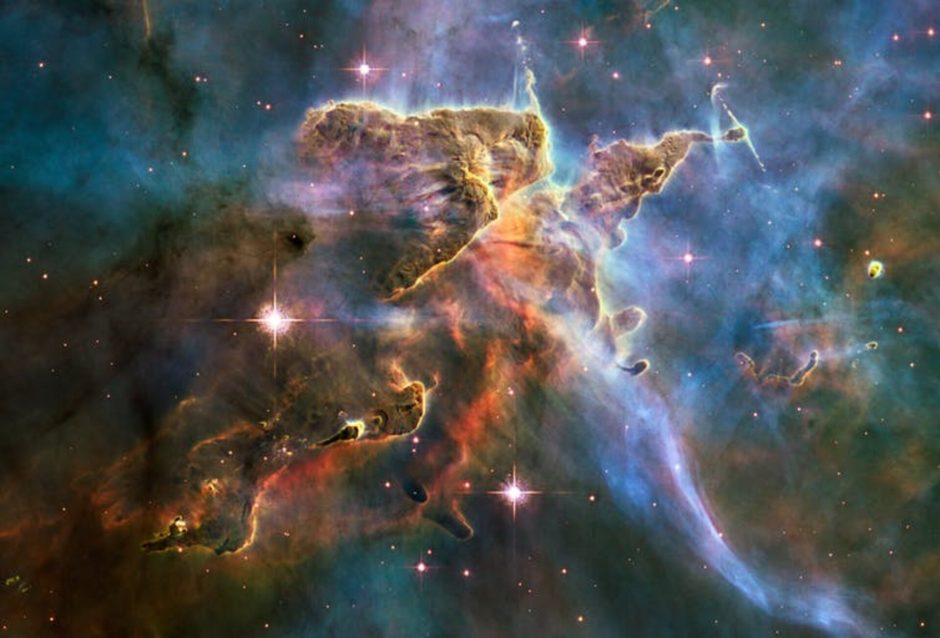 Researchers of the ETH Zurich and the National Centre of Competence in Research (NCCR) PlanetS have closely analysed the characteristics of cosmic dust based on laboratory experiments and measurement data collected by space missions. Their results reveal fundamental gaps in the knowledge about this material that is vital for our understanding of galaxies and planetary systems. 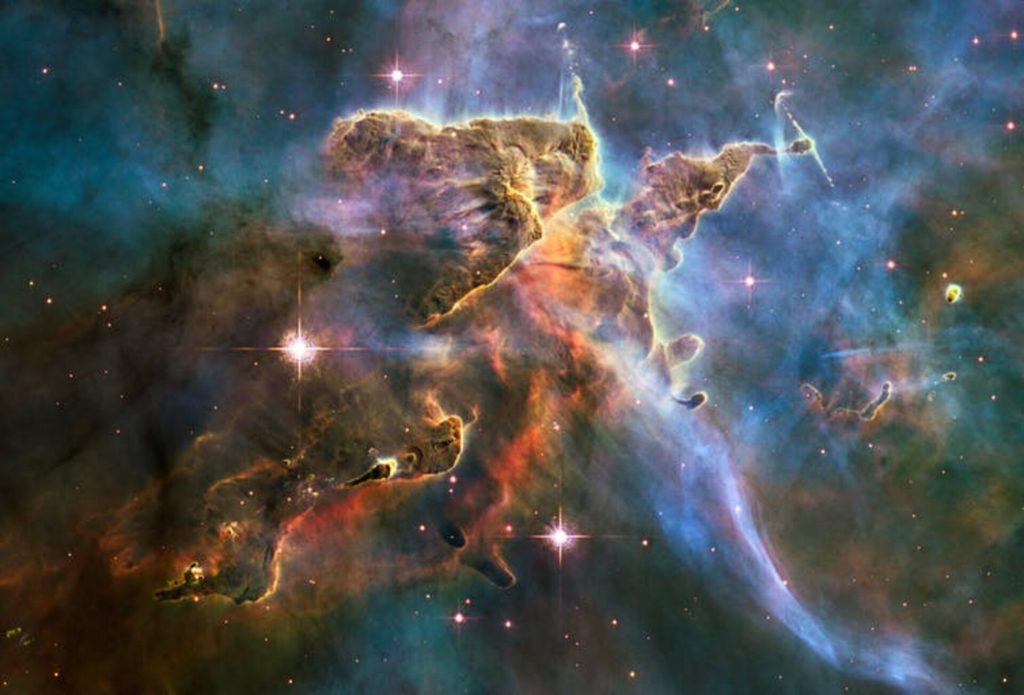 Before the Earth and the Sun existed, their constituents were part of a vast cloud of gas and dust. A so-called interstellar molecular cloud that at one point collapsed under its own gravity, thus initiating the process that gave rise to the Solar System. astronomy has come a long way in unravelling the mysteries of the planets and star within our system and many beyond it, surprisingly little is known about the cosmic dust from which they all emerged. By combining in-situ measurements in space, as well as laboratory experiments, a team of researchers led by the ETH Zurich and the National Centre of Competence in Research (NCCR) PlanetS have been able to analyse and learn more about this cosmic building material from the diffuse interstellar cloud within our cosmic neighbourhood. Their results were published in the journal Planetary and Space Science. 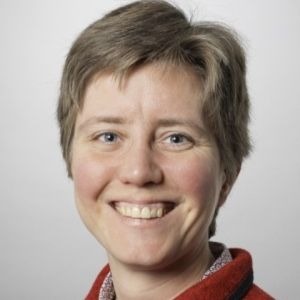 Veerle Sterken is a senior researcher at the ETH Zurich and member of the NCCR PlanetS. Image: Courtesy of Veerle Sterken

“When we dust scientists meet for a drink, we don’t say ‘Cheers!’ before we take the first sip but instead quote the last verse of a sentence from funeral services: ‘dust to dust’”, study initiator and Principal Investigator Veerle Sterken says. “We do so to remind ourselves of what we really are”, the ETH researcher and NCCR PlanetS member says. But despite the ubiquity of cosmic dust, even experts in the field have many unanswered questions. One of them relates to an unexplained discrepancy between theoretical of cosmic dust and data acquired from direct measurements by space instrumentation.

Until 1993, cosmic dust had been studied remotely – mainly through observations with telescopes. On this basis, researchers developed models of the size distribution and composition of the particles. With the Ulysses mission, the first direct in situ measurement data of cosmic dust became available. “Among other things, the data that Ulysses collected, indicated that larger dust particles appear to exist than we had previously thought possible”, Sterken says. To date, it is unclear why the models do not represent this correctly. 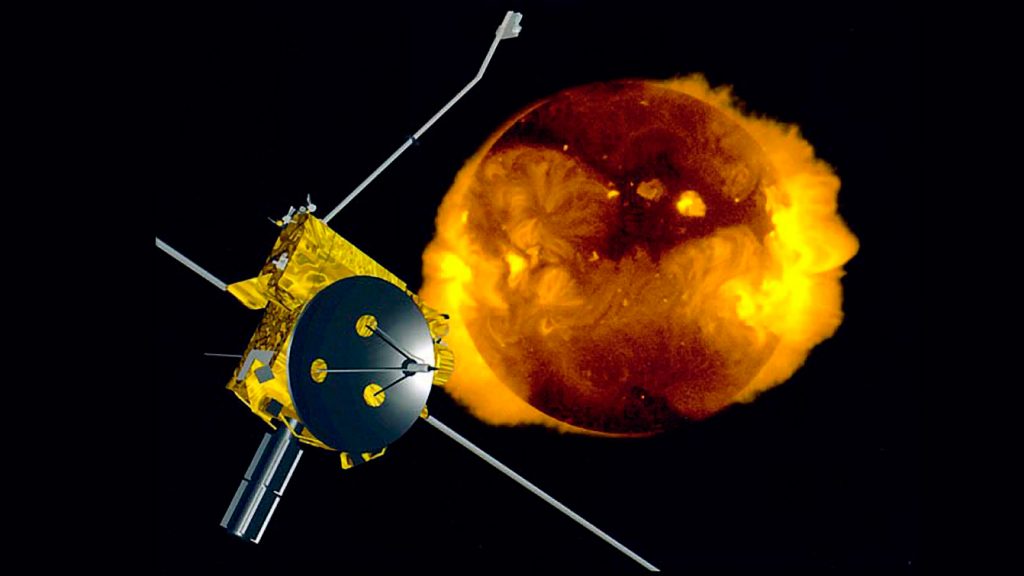 “It could be errors in the theoretical understanding of cosmic dust itself, or errors in the measurement technique,” says study lead-author Silvan Hunziker, who is a postdoctoral researcher at ETH Zurich and an associate of the NCCR PlanetS. The size of the particles is measured by means of so-called impact ionisation. When cosmic dust impact on the surface of the measuring device – the so-called Cosmic Dust Analyzer – fragments of the particles evaporate and ionise. This ejects electrical charges. Together with the detected impact speed, measuring these charges allow researchers to infer on the mass of the original particle. 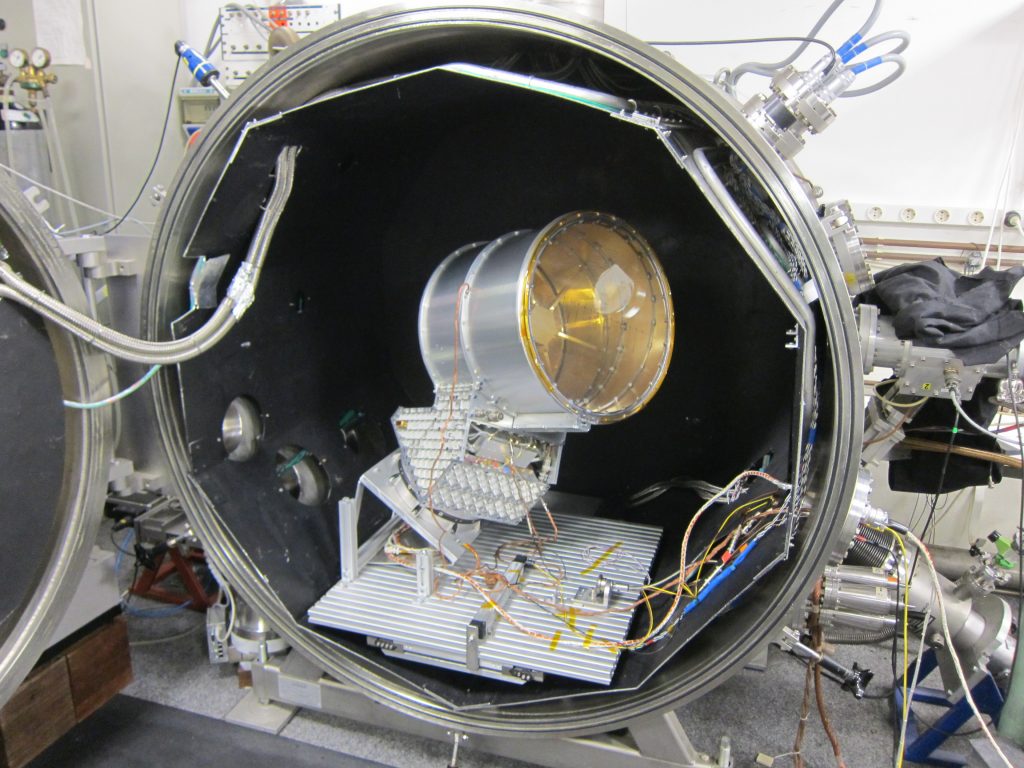 In this inference, the team suspected, lay a possible source of error. “Impact ionization theory says that porous particles eject more charge upon impact than more compact particles of the same overall mass. And studies of samples of cosmic dust delivered to Earth by the Stardust mission, for example, show that interstellar dust particles with very low densities do exist”, Hunziker points out.The researchers therefore suspected that the discrepancy between theory and measurements could therefore perhaps be explained by the interior structure of the particles: the allegedly large particles measured by Ulysses could simply have been particularly porous ones. 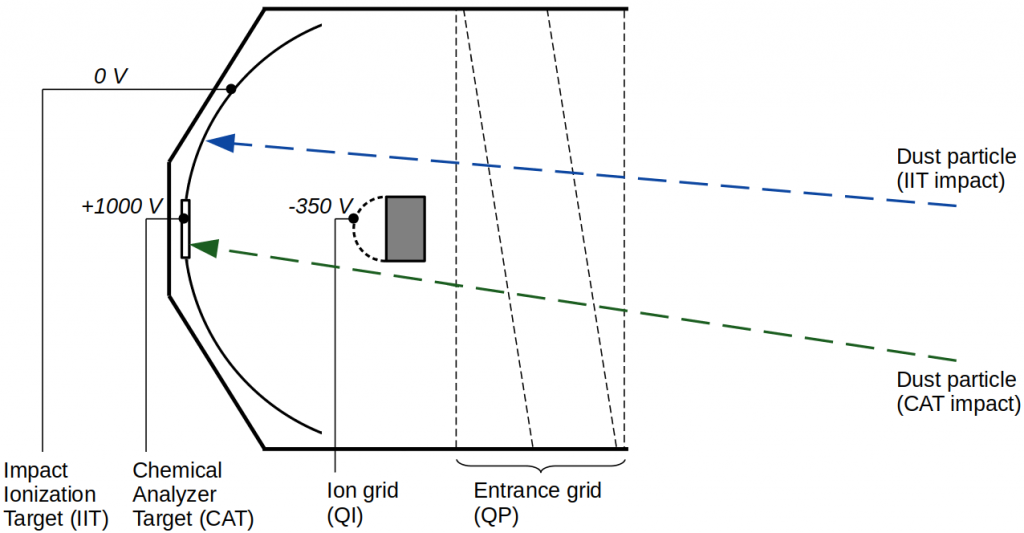 Surprising results
To test their hypothesis, the team conducted laboratory tests. Using special devices, they accelerated dust particles of different sizes and bulk densities onto a detector. Similar to that of the Ulysses space probe, the Cosmic Dust Analyzer could thus measure the impact ionisation. The results, the idea goes, would then reveal whether more porous particles actually release comparatively more charge. 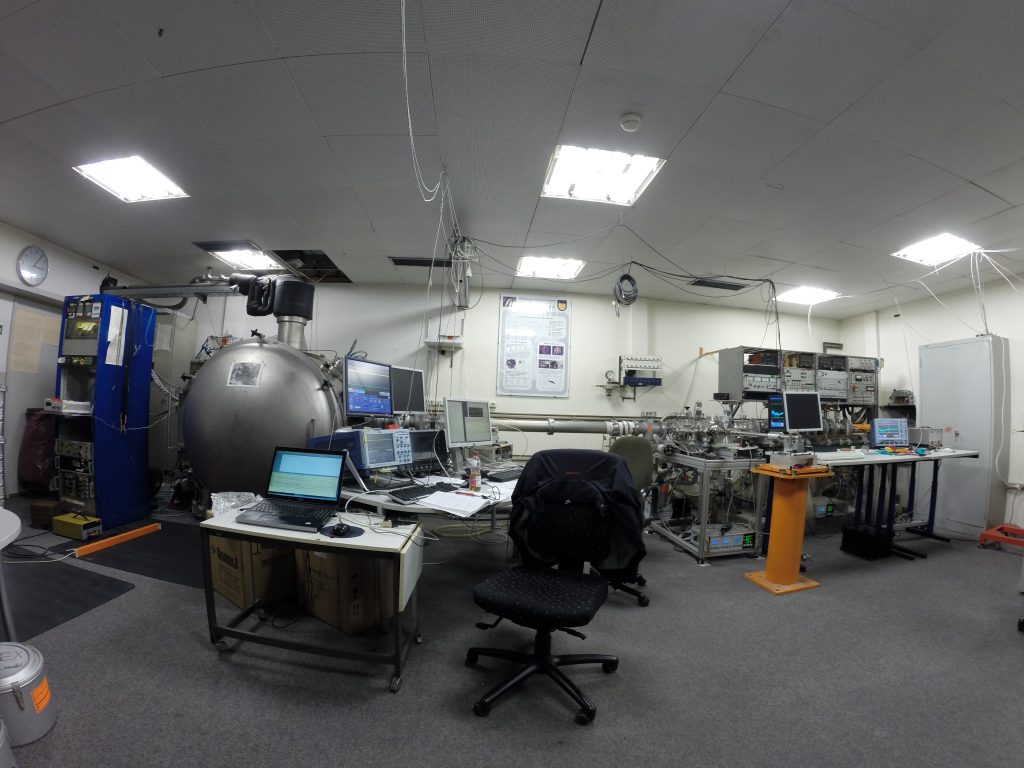 The team conducted their experiments not with real cosmic dust, but with a series of analogues. These consisted of hollow silica particles coated with a polymer coating, compact coated silica particles as well as carbon aerogel particles that were very low in density. 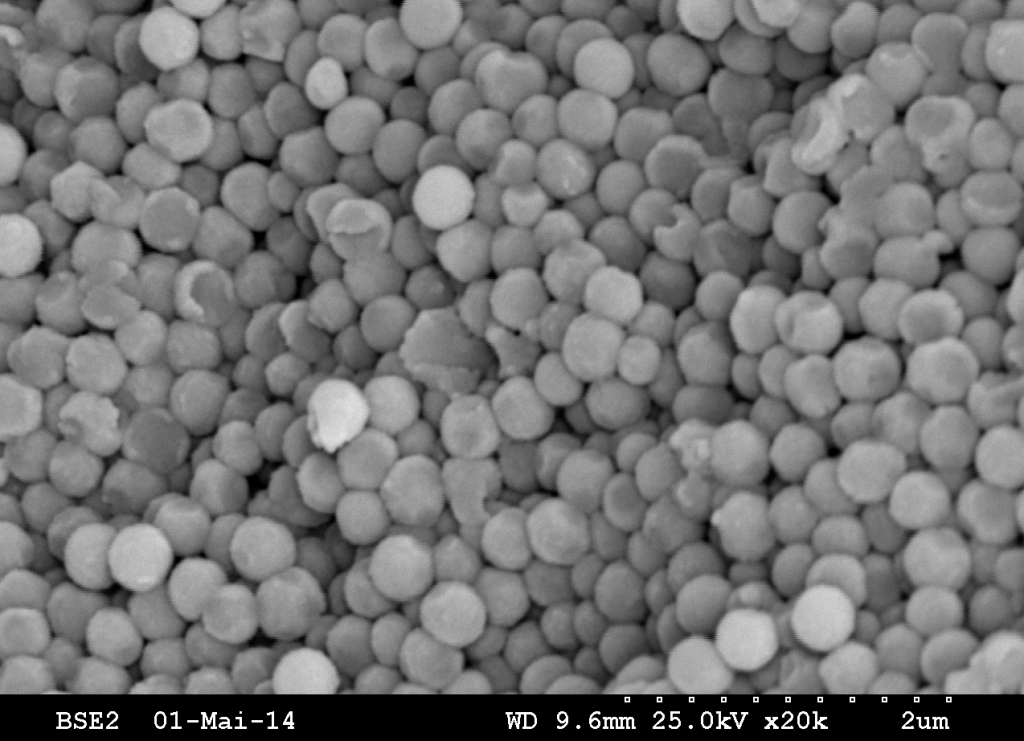 But what the researchers found, was not what they expected. “The results showed that the porous and hollow particles don’t create more but actually create less charge after an impact than the compact particles of similar mass and composition. This is the opposite of what we expected to see and we therefore had to reject our hypothesis”, Hunziker says.

A foundation to build upon 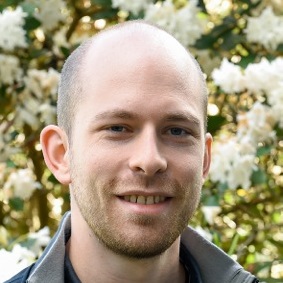 Silvan Hunziker is a postdoctoral researcher at the ETH Zurich and a member of the NCCR PlanetS. Image: Courtesy of Silvan Hunziker

Even though the team did not confirm their hypothesis, the result is nevertheless significant. “Results like this are part of the scientific process. It shows us that there are still things we do not yet understand and that we need to look into further”, Hunziker explains. “Our work lays a foundation towards further understanding of the impact ionization process, improvement of dust analogues design, as well as improving the interpretation of in situ measurements – all of which is also applicable to other kinds of dust, like such from cometary streams or plumes of water ice on Saturn’s moon Enceladus ”, the researcher says.

“That we were able to get this foundation was only possible thanks to a fantastic collaboration between different research groups and institutions”, Sterken points out. She carried out the study design, the experiments and preliminary data analysis at the Max Planck Institute for Nuclear physics, while she was employed at the University of Stuttgart, and at the International Space Science Institute in Bern. Dust particle manufacturing and characterization were done in collaboration with the University of Bern, and the study was later finalized by Silvan Hunziker at ETH Zurich with support from the European Research Council.

“Investigating impact ionization of cosmic dust is difficult. Thanks to our progress, however, we now know which areas we need to focus on,” Sterken concludes. “That’s exactly what we want to do in the Complex Dust project of the NCCR PlanetS and a collaboration within ETH Zurich to design new dust analogs for future experiments”, says the researcher.