The consortium of the North American (NASA), European (ESA) and Canadian (CSA) space agencies released a series of first images of the James Webb Space Telescope (JWST) on Tuesday. Swiss contributors from academia, government and industry gathered at the International Swiss Space Institute (ISSI) in Bern to inform about their contributions and projects related to the JWST.

“There is no empty space for the James Webb Space Telescope”, Antonella Nota, Webb Project Scientist and former head of the ESA office at the Space Telescope Science Institute announced at the event at the International Swiss Space Institute (ISS) in Bern. “The first test image that was released in spring was supposed to capture a sole star in front of an empty space field”, the ESA astronomer explained. “But the image was peppered with galaxies and stars in the background.” 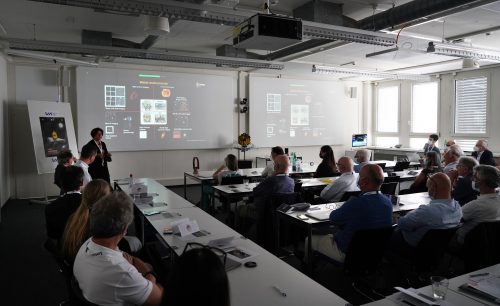 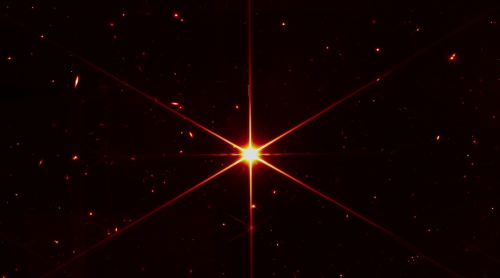 This first glimpse proved to be just that: a mere taste of the capabilities of the most modern space telescope. On Tuesday, the first full colour images – so-called Early Release Observations – were released by NASA. “These show a number of especially intriguing objects and regions of the Universe, that are not necessarily of great scientific value but rather demonstrate the incredible capabilities of the telescope”, Nota said. 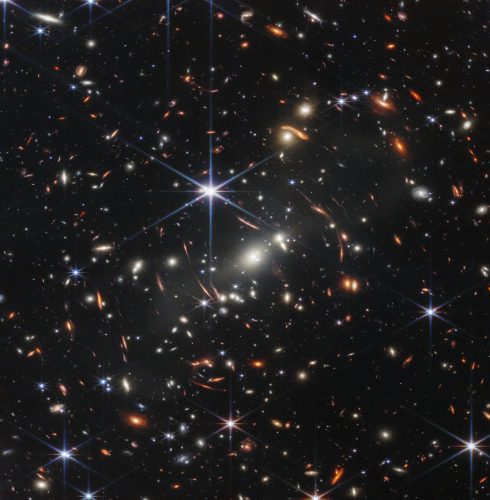 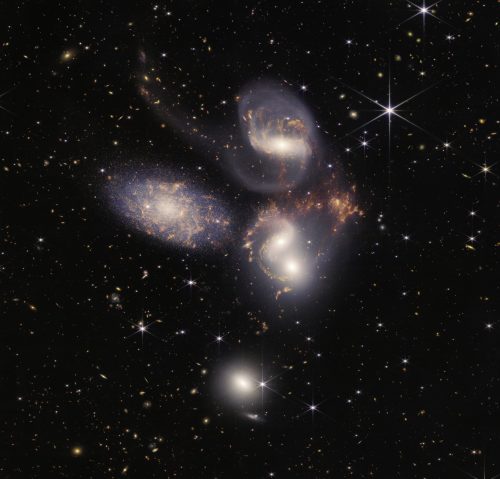 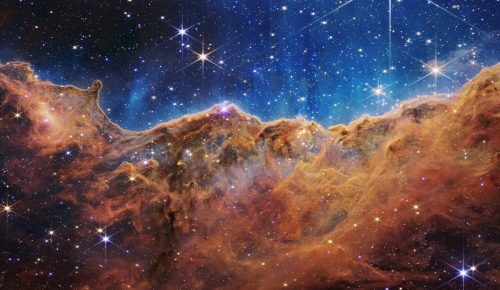 Numerous personalities of the national space science community, such as astronaut Claude Nicollier and former NCCR PlanetS director Willy Benz, as well as media representatives gathered in Bern for the Swiss press conference. Before they joined the live-feed from NASA, several researchers gave presentation on their JWST projects – including Adrian Glauser, who led the Swiss contribution to the instrument development. 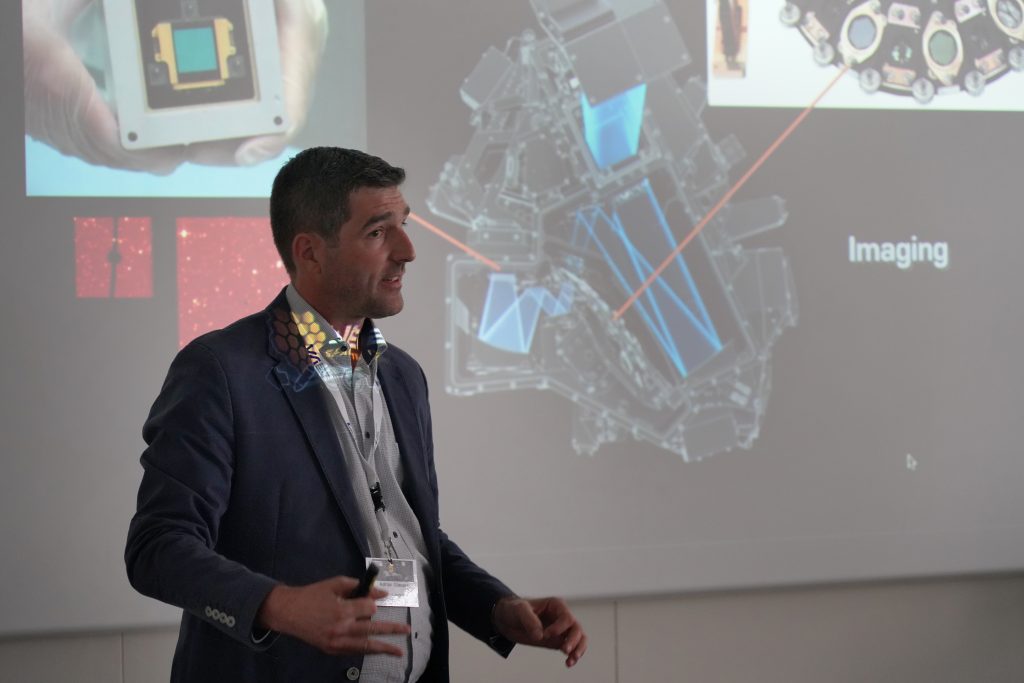 “The telescope’s only job is basically to gather and focus light”, Glauser said during his presentation. Most of the scientific results will come from the analysis of that light, enabled by four instruments. One of these, the Mid Infrared Instrument (MIRI), was developed with a Swiss contribution that was led by NCCR PlanetS member Adrian Glauser at ETH Zurich since 2007.

The contribution consists of a Contamination Control Cover, which protects MIRI against external contamination during the cooldown phase of the tests and after the launch as well as Cryo-​Cables, which connect the cryogenic mechanisms, calibration sources and temperature sensors of the cold optical bench with the warmer electronics. 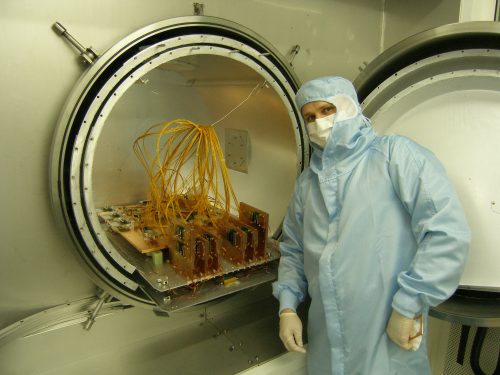 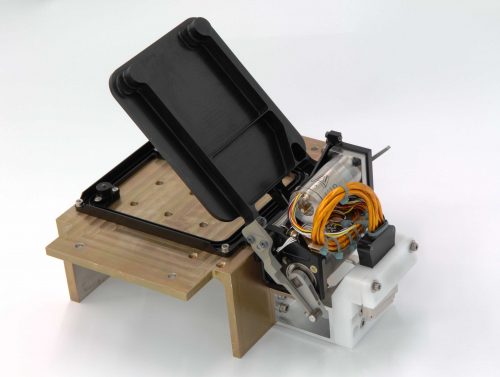 MIRI is the only instrument covering the poorly explored wavelength ranges from 5 μm to 28 μm. To be able to do so, it has to be cooled down to minus 266 degrees Celsius (7 degrees above absolute zero), making it the coldest part in the JWST.

“During the past few months we commissioned the instrument and I am glad to say that everything works perfectly. The key therefore now passes from those who developed JWST and its instruments to the researchers who will use them”, Glauser said.

Tracing the building blocks of life

At the event in Bern, several researchers presented what they intend to do with this metaphorical key.  Among them, NCCR PlanetS associate and Uni Bern researcher Beatrice Kulterer. She is involved in the so-called Ice Age project, that aims to track the essential molecular ingredients of life from their formation in dense molecular interstellar clouds to their eventual incorporation into the planet-forming regions around young stars. 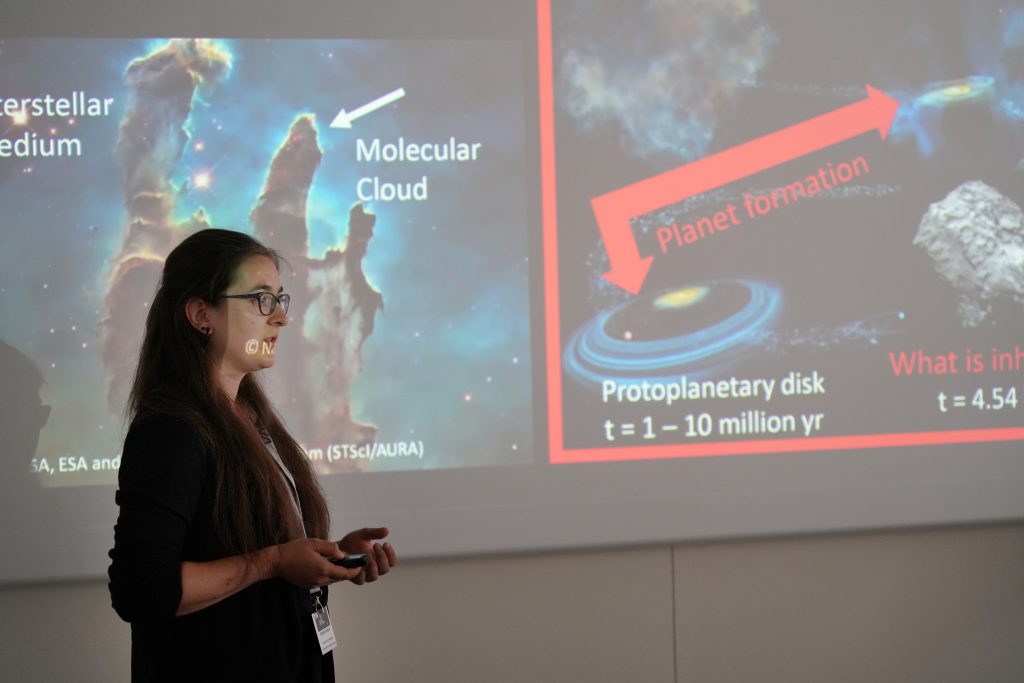 Beatrice Kulterer explains how the JWST will be used to look for traces of life in interstellar ice. Image: Guido Schwarz

“The Rosetta space research mission already revealed that organic molecules, such as the amino acid glycine, exist on comets”, Kulterer said. “But it is unclear to what extent these molecules end up in forming planets. The James Webb Telescope will for the first time allow us to study this in great detail.”

“I follow the development of JWST since my time as an undergraduate student. I am very excited to finally be able to work with it and hope to spend a large part of my research career doing so”, Kulterer concluded.

More information on the JWST contribution from ETH Zurich and an interview with Adrian Glauser.