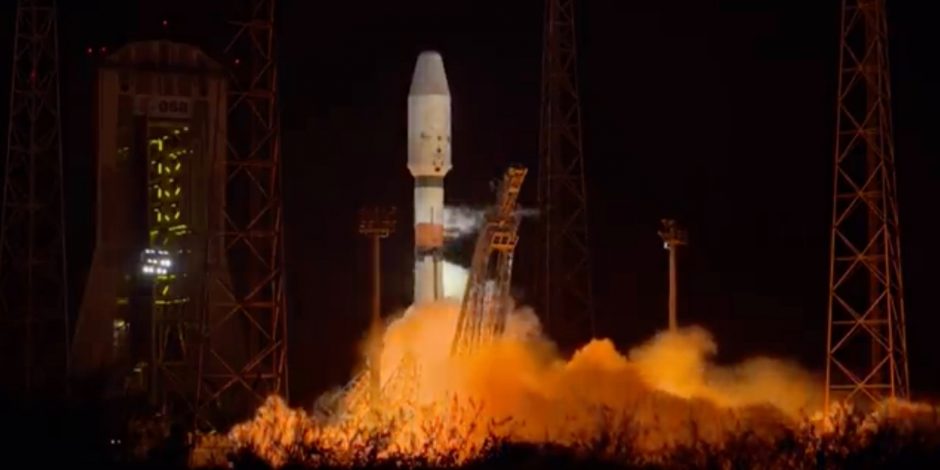 The relief was huge when the Soyuz Fregat rocket with CHEOPS on board took off shortly before 10 a.m. MEZ on Wednesday, 18 December 2019. The spectators at the University of Bern followed the ESA live coverage from Kourou, French Guiana, with great applause.

The spectators at the University of Berne are following the launch of CHEOPS with excitement. (Photo Sylviane Blum)

The day before, an error in the Fregat upper stage had led to an aborted take-off. As a consequence, hardware was replaced and the launch was set for Wednesday morning. This time everything went according to plan. At 12:19 MEZ CHEOPS was placed in orbit at an altitude of 708 kilometres – another moment of great relief. About 40 minutes later confirmation followed that a signal from the satellite was received – CHEOPS is alive.

More than 100 spectators watched the live coverage of the launch in the lobby of the ExWi building at the University of Bern. The day before, around 350 guests had already attended the previously planned launch event with lectures and exhibits. Scientists and guests are happy about the successful lift-off. (Photo Sylviane Blum) CHEOPS operates in a Sun-synchronous orbit. The rear of the spacecraft is permanently Sun-pointed, which is optimal for uninterrupted observations, and keeps thermal variations of the spacecraft and Earth stray light on the satellite to a minimum as the orbital plane follows, as closely as possible, the day/night terminator.

Early orbit phase (LEOP) and In-Orbit Commissioning (IOC) will be performed by the spacecraft contractor Airbus before responsibility for CHEOPS operations will be taken over by the CHEOPS Mission Consortium.

In early January, the CHEOPS crew will start the commissioning of the instrument, which will take 2 months. At the beginning they will take dark images for about 2 weeks to test the electronics. At the end of January the next crucial action will follow: the opening of the lid. Only when they see the first star they know whether the focus setting is correct. Ideally, the star would appear as a blurred object, because the instrument is slightly out of focus, since CHEOPS only wants to observe bright stars and exposure time would otherwise be too short. At the beginning of March the first scientific measurements are expected.

Planning of the observations will be carried out at the Science Operations Centre (SOC) located at the University of Geneva and communicated to the Mission Operations Centre (MOC), where spacecraft commanding sequences will be uplinked via ground station antennas at Torrejón (nominal) and Villafranca (backup) near Madrid. The spacecraft telemetry will be routed from the MOC to the SOC for calibration, processing and archiving. CHEOPS successfully reached its orbit at an altitude of 708 kilometers. (Photo Sylviane Blum)