Lively discussions and a prize for a short film 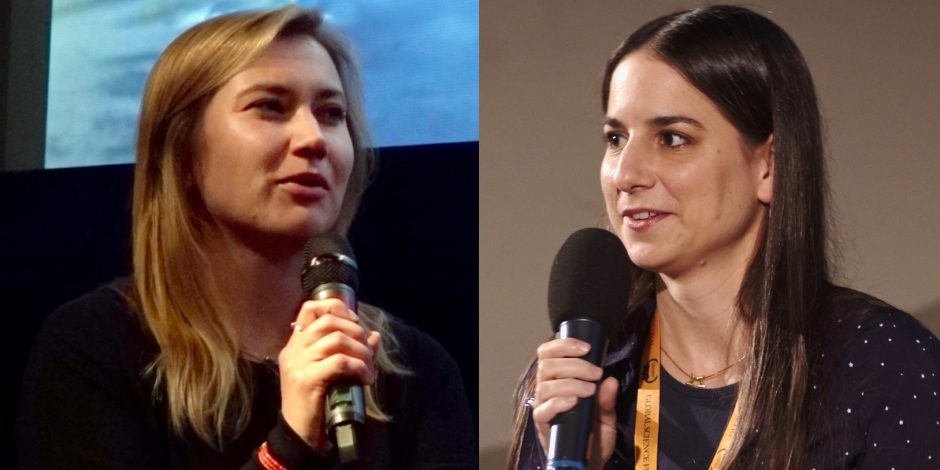 At the “Global Science Film Festival” in Bern and Zürich astrophysicists associated with PlanetS discussed a movie about an Indian Mars mission. The documentary “Bern on the Moon” was awarded the audience prize in the category short films. The Global Science Film Festival took place from 14 to 17 November 2019 in Zürich and Bern. (Photo GSFF)

Susanne Wampfler, Professor at the Center for Space and Habitability (CSH) of the University of Bern, was invited to Zürich to a debate with geologist Savas Ceylan and filmmaker Jagan Shakti who directed the movie “Mission Mangal” telling the story of India’s Mars Orbiter Mission launched in 2013:
I participated in the discussion of the film “Mission Mangal” because the film brings up the topic of women in science, and as the gender equality representative of the CSH, this is a topic that is very close to my heart. I generally participate in a lot of outreach events because I feel that we should give something back to the people who are paying our salaries, and because I think it is extremely important to present female scientists as role models, especially for the younger generations and parents. I am sure a lot of people in the audience were convinced that while women in science face obstacles in India, they would surely be treated equally in Switzerland, and they were surprised to hear about some of my personal experiences.
The movie “Mission Mangal” points out some of the gender stereotypes in a very funny way, which hopefully makes people think about their own perceptions of what a woman should and should not do much more than if the film was pointing with fingers at them. I was surprised to see that the film director himself still adheres to some gender stereotypical ideas though, such as the great multi-tasking abilities of women. Maria N. Drozdovskaya, Senior Research Associate at CSH, University of Bern, discussed in Bern with filmmaker Jagan Shakti and climate scientist Payal Parekh about “The search for the impossible in science and the power of the individuals behind it”:
One of the reasons that I accepted the invitation to partake in this event is because I think it’s important for the general public to see modern-day scientists in person to shatter any stereotypical image that they may have in their mind, which may or may not include a lab coat and/or a small telescope on a tripod with a star chart alongside. I think movies are a great way of bringing science to an audience of all ages and of all social backgrounds.
In the case of this movie, I think the director did a great job in relating a space mission and astronomy in an entertaining way to typical personal experiences that people may come across in life. This makes it possible for almost anyone to relate to the movie in at least one way, and to potentially think of how big scientific projects and fundamental sciences play into their daily lives. I especially appreciated how natural the solutions to life situations were portrayed in the movie, for example, it was the easiest thing to put in a child-care room for the scientist with her baby. Unfortunately, even in more economically developed countries such solutions are not always natural and have to be fought for.
For any future movie, I would wish that the director would also highlight the need for international cooperation and collaboration. Future science is unlikely to be set by a single individual or a single nation, but I think will only be driven forward through international efforts. “Bern on the Moon” tells the story of the solar wind experiment that was developed and built at the University of Bern. The short film produced by PlanetS members Barbara Vonarburg and Guido Schwarz was awarded the audience prize.