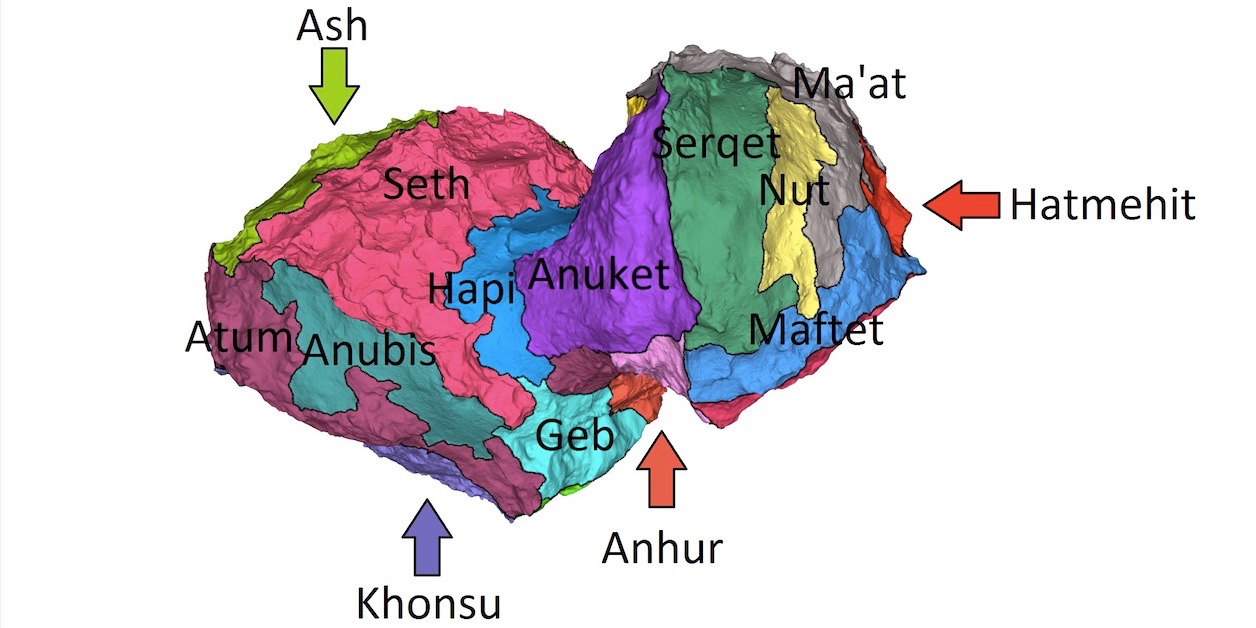 The MiARD project (Multi-instrument Analysis of Rosetta Data) was a 30-month international research project led by the University of Bern to make the best use of the vast amount of data produced by the Rosetta mission. The most important results, models and an artistic project on MiARD have now been presented. The Rosetta spacecraft has already made history: Rosetta’s mission took twelve years including notable firsts like the first orbit of a comet (and for 2 years no less) and, for the first time placing a lander on a comet surface. After its last signal on September 30, 2018 at 1:30 p.m. the spectacular mission had come to an end, with Rosetta undergoing a controlled crash on “its” comet Churyumov-Gerasimenko. The ROSINA instrument from Bern had been taking measurements right until the very end.

The controlled crash was far from the end of the work for the scientists involved. The international research project MiARD under the direction of Nicolas Thomas, Professor at the Physics Institute of the University of Bern, member of the Center for Space and Habitability CSH and the NCCR PlanetS sought, between March 2016 and August 2018, to make the best use of the Rosetta data by combining complementary datasets from different instruments, using a holistic approach to develop and test numerical models. Nicolas Thomas says: “Our research should help explain the behaviour of the comet and help to understand its history.” The ultimate aim of such cometary research is to better understand the origins of our solar system, and planetary systems in general.

The new insights into comets and the origin of the solar system obtained from the Rosetta mission through the work of the MiARD project have now been presented on the occasion of a special event.  The Swiss photographic artist Bernd Nicolaisen introduced his image series ‘Head of 67P – ESA/ROSETTA mission’ and ‘Chury out of Horizon’ which were inspired from the images taken by the Rosetta mission.

Outcomes of the MiARD project include a high resolution (metre-scale) digital shape model of the comet Churyumov-Gerasimenko that has been used to support further studies by scientists worldwide. “What is more, the project team has produced an improved map of the comet, identifying many new terrains”, explains Nicolas Thomas, “and we have provides estimates for the strength of the comet.” Such results are important if humanity is to ever attempt to utilize comets or needs to divert one away from a collision course with Earth, explains Thomas further.

A numerical model explaining how the comet loses mass under the influence of the Sun has been created and successfully tested, and also used to make improved predictions of the orbits of cometary dust – a main source of meteor storms and a possible hazard to satellites and spacecraft.

Over a dozen peer-reviewed publications have been published or submitted for publication by the project, with several more in preparation. The work of the project team will also be used to support proposals for follow-up missions.

The MiARD project
MiARD was a project carried out within the framework of the European Commission’s Horizon 2020 research programme. The project had prevailed among 45 proposals on the same topic.
The project was led by the University of Bern and included six further partners in Switzerland, Germany, France and the UK.
MiARD was funded by the European Union’s Horizon 2020 research and innovation programme and also supported by the State Secretariat for Education, Research and Innovation (SERI). The project costs amounted to around 1.7 million euros over a period of 30 months.
More information: http://www.miard.eu/the-consortium/