Return of the comet-like exoplanet 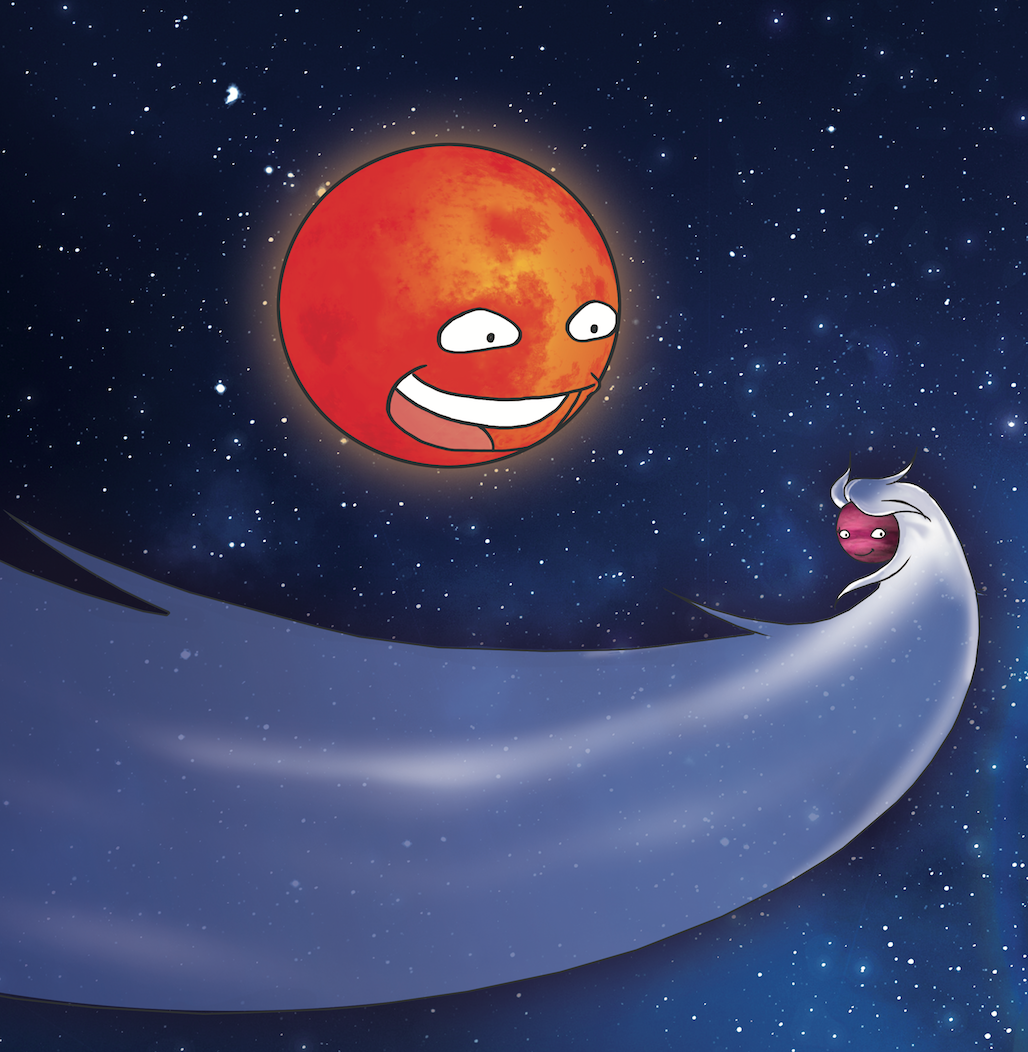 Astronomers members of PlanetS have discovered a comet-like exoplanet that trails an enormous coma of gas behind it.

Astronomers from the University of Geneva (UNIGE), Switzerland, also members of the PlanetS National Centre of Competence in Research, have been working on a joint project with the universities of Berne, Warwick, Grenoble Alpes and the Paris Institute of Astrophysics. The research teams focused the Hubble Space Telescope on an exoplanet that had already been seen losing its atmosphere, which forms an enormous cloud of hydrogen, giving the planet the appearance of a giant comet. During earlier observations in 2015, it was not possible to cover the whole cloud, whose shape was predicted by numerical simulations. Thanks to these new observations, however, the scientists have finally been able to confirm the initial predictions. The results are unveiled in the journal Astronomy & Astrophysics.

Exoplanet GJ 436b is normally about the size of Neptune (four times the Earth). Seen through ultraviolet (UV) glasses, it reveals a huge, Rapunzel-like hair made of gas. This phenomenon, detected in 2015 by UNIGE astronomers, could be due to the planet proximity to its host star: it takes the planet no more than three days to circle around the star. The planet loses a part of its hydrogen-rich atmosphere because of the intense stellar irradiation. The lost atmosphere remain for some time around the planet in the form of a huge cloud of gas, which absorbs UV radiation from the star. This is why the cloud can only be seen with Hubble’s UV eye.

“We were flabbergasted by the mere size of the cloud, which our initial observations could not cover in its entirety as it passes in front of the star”, explains David Ehrenreich, associate professor at UNIGE and principal investigator of the European Research Council-funded project Four Aces, who obtained the observations. The team extrapolated the initial data with a numerical model, to predict what could be the cloud exact shape. The simulation resulted in a comet-like cloud with a trailing tail stretching over tens of millions of kilometres.

The team headed by Baptiste Lavie, a PlanetS PhD student at UNIGE, directed Hubble at GJ 436b afresh. The findings backed up the researchers’ predictions in every respect: “I was getting grey hair from analysing the new observations,” says Lavie. “So it was hugely satisfying to see that the panache of hydrogen escaping from the planet was really there, in line with the predictions, because now we understand how it is formed”.

The ingredients injected into the numerical model explained the observations accurately: “We even took into account the pressure that the light from the star exerts on the hydrogen atoms that escape from the planet!” says Vincent Bourrier, the PlanetS astronomer who developed the digital model.

Solving the mystery of this rare phenomenon means the researchers are now in a position to understand how it affects other exoplanets, some receiving even more irradiation than GJ 436b. “We’re expecting some more surprises,” says Lavie with a smile.