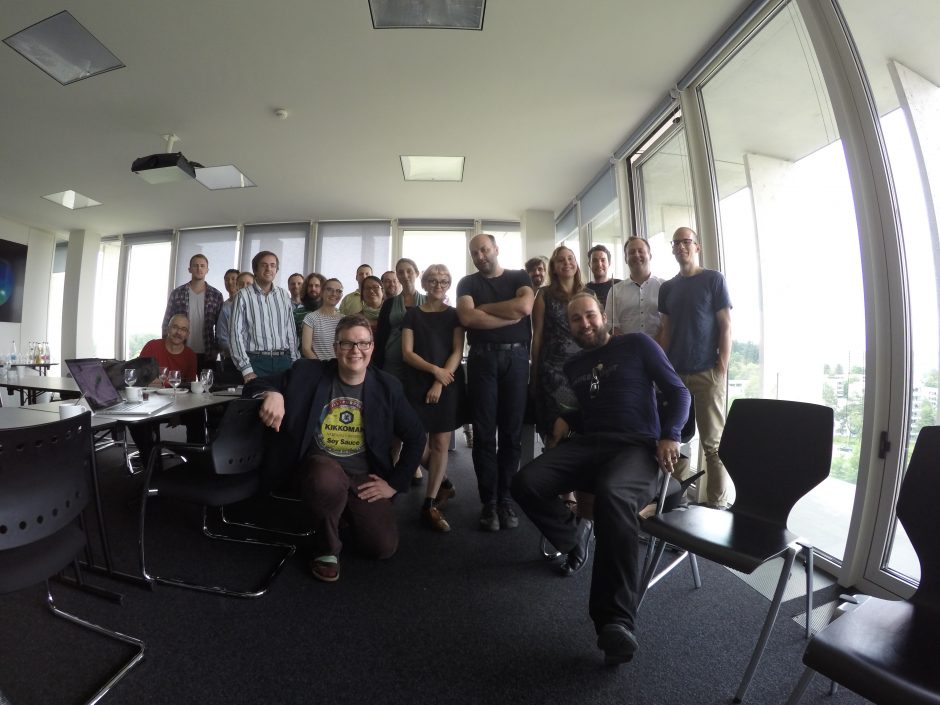 Twenty-eight NCCR PlanetS researchers representing six out of the seven research projects met on 7 June at the ETH in Zurich to discuss the properties of circumplanetary disks thought to exist around forming gas giant planets.

Many models for the formation of the largest satellites of the gas/ice giants in the Solar System assume such structures. Circumplanetary disks, as the cradles of moon formation, mimic in some ways the role of circumstellar disks in the formation of  planetary systems.  Such disks may also be responsible for determining the masses of forming gas giants and thus some aspects of the planetary mass function.