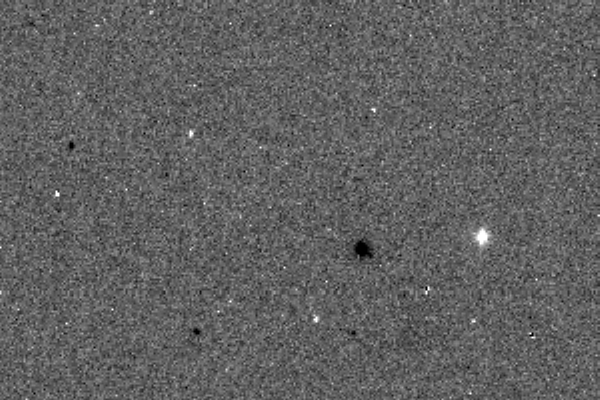 Since its launch on March 14, 2016, the ExoMars probe is on its way to Mars. The spacecraft with the high resolution camera onboard will arrive at the red planet next October. The researchers are already confident that CaSSIS works. The high-resolution camera system sent first pictures from space. The technically extremely complex camera system that will one day deliver high-resolution stereo images of the Martian surface, was built in a record time of only 23 months: “It was a big challenge. Normally one expects 38 months for such a complicated instrument. The team of the University of Bern and our partners have worked incredibly hard to make it in time,” says Cassis project manager Ruth Ziethe the Institute of Physics of the University of Bern.

After putting the instrument together, it was put to countless tests in which space conditions have been simulated. Finally on 14 March ExoMars has been launched from Baikonur Cosmodrome in Kazakhstan. After successful lift off the long wait for the first signals started. In space, unforeseen situations may happen at any time despite the best efforts and antecedent tests.

As planned CaSSIS (Colour and Stereo Surface Imaging System) was now activated for the first time on 07 April 2016. A moment that was expected by the researchers with nervousness. “Turning on the camera for the first time went smoothly,” says Nicolas Thomas, director of the Bernese CaSSIS team. “We worked step by step. Everything appears to work as expected.” After this good start the rotation mechanism has been activated too. “Only this mechanism makes the stereo pictures possible, so we wanted to try it, of course,” says Ruth Ziethe.

The rotation mechanism also works as planned. And the team made an exciting finding: After investigating the first footage it was obvious that CaSSIS has pictured stars. This means that the camera focuses near the optimum value, which was the major concern of Nicolas Thomas before the start. “As far, everything looks fine. CaSSIS has not been built to take pictures of faint stars, so it was very reassuring that it can anyway. We have every indication that we will get good data from the surface of Mars.”

The goal of the camera system is to provide images of the dynamic surface of Mars and to gain new insights on the changes during the Martian day and the Martian seasons. In particular, the recently discovered traces of liquid water will be studied by CaSSIS. “We now know that the Martian surface is constantly changing and we now have the tools to track these changes” says Nicolas Thomas.

CaSSIS is a joint project of the University of Bern, the Astronomical Observatory of Padua and the Space Research Centre in Warsaw as well as the support of local industry. It is funded by the Swiss Space Office (SSO), the Italian Space Agency (ASI) and the Polish Space Agency (POLSA). The project involves 25 scientists from nine countries, including Russia and the US.