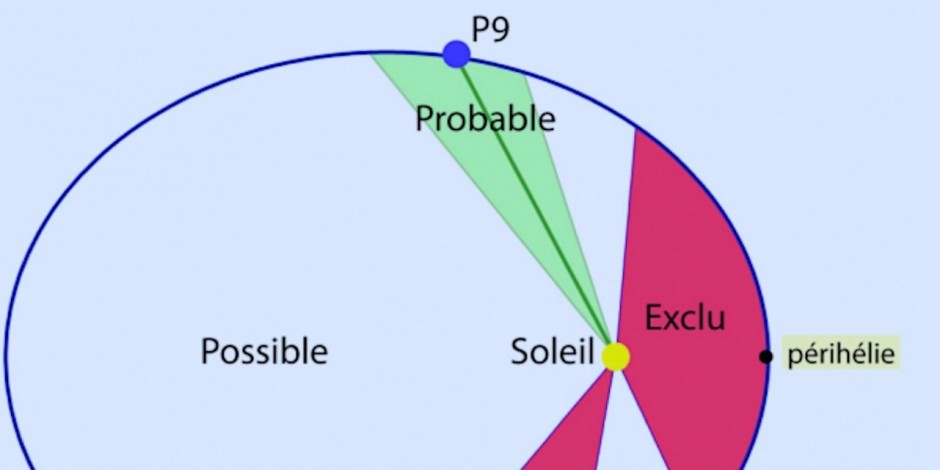 Following the proposal of Stéphane Udry at the General Assembly of Grindelwald, all members of PlanetS eager to explore the paths of a possible discovery of Planet9 met in Geneva on the 10th of March. About thirty astronomers were present in the lecture hall and via teleconference to listen and discuss with colleagues the constraints that may apply to the planet parameters, whose greatest unknown is its orbit. Jean-Baptiste Delisle explained to the assembly the assumptions and conclusions reached by the two authors of the paper that shook the world media (Batygin & Brown 2016). According to them, P9 must have a mass of at least 10 Earth masses in order to align the orbits of massive KBOs (Kepler Belt Objects) discovered during the last 10 years in the outer regions of the solar systems. The speaker, however, said they had not made an evaluation for a higher mass planet. Jean-Baptiste Delisle then expounded the assumptions considered by other researchers to explain the alignment of these KBO without involving the presence of a ninth planet.
Fienga et al. 2016 have recently brought new interesting constraints on the hypothetical position of P9 in its orbit by using the highly accurate data sent by the Cassini spacecraft on the position of Saturn. They obtain a set of possible, probable and improbable places of P9 (Figure 1). Figure 1: the possible position of P9 on its orbit according Fienga et al.

Assuming that the relations of orbital periods of P9 and KBO are rational numbers (resonance) Malhotrat al. 2016 show that P9 orbits the Sun in 17,117 years and its aphelion would be at 670 AU. A calculation that, according to the authors, could constrain the position of P9 in its orbit, however, they add that the existence of P9 would have little effect on the orbits of the KBOs.
The audience is then wondering if we could detect the disturbances induced by P9 on the trajectories of Pioneer, Voyager and New Horizon. It also raises the question of how accurately we know the orbits of KBOs, given the smallness of the arcs described (10 years for Sedna, for example).
The question that now arises is whether all these constraints could further define the P9 position in its orbit. One issue on which the dynamicists of PlanetS will look into the coming months.

How to observe P9
Esther Linder took the floor to comment on her paper written with Christophe Mordasini where, using their evolutionary model, they show what P9 should look like. They assumed at first that it had a mass of 10 Earth masses and calculated its temperature and brightness depending on their model. Then, they started again the operation by increasing the mass of the planet. According to their calculations, the mass of P9 could be greater than 10 Earth masses, but must be less than 50 because otherwise it would have already been observed. As for its visual magnitude, it would be between 21 and 22.5. Christoph Mordasini concedes, the brightness of P9 could be even lower, initial conditions imposed on their model being rather optimistic.
Yann Alibert raises the question of how precisely we should know the P9 position to have a chance of detecting it. Stéphane Udry says it should be known to about a square degree to justify the time of large telescopes needed to cover the considered area. For Yann Alibert with current knowledge it is almost impossible to constrain the position in such a small region of the sky. However, it seems that the LSST would be the ideal tool to locate P9 if it exists.

Simulation angle
Simon Grimm used the simulations made by GENGA to confirm the various hypotheses by varying the main features of P9, namely its mass and parameters of its orbit.

Conclusions
It was decided to form three groups of studies to further investigate the point of view of the dynamics, evolution and simulations and report on the progress of investigations in a future meeting.