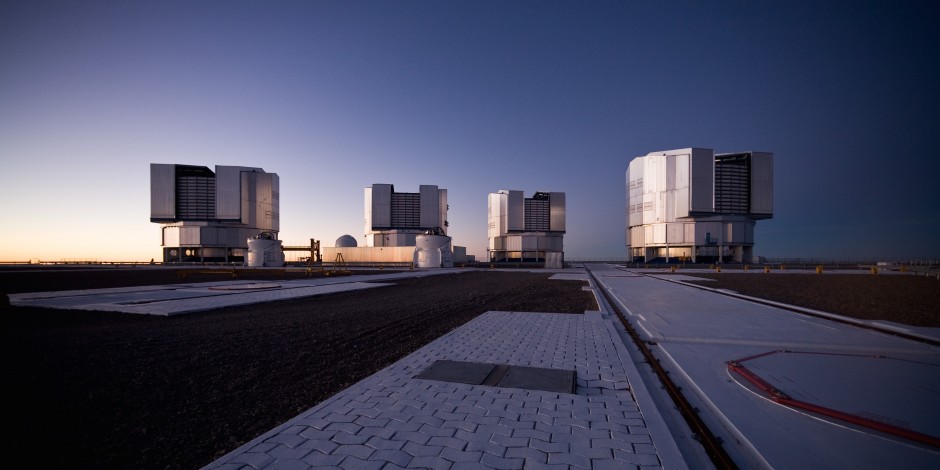 Developers and future users of ESPRESSO gathered in Geneva to discuss the challenges raised by the new instrument and its outstanding accuracy.

While engineers and opticians are busy building ESPRESSO, astronomers and physicists are already asking questions how to use this successor to HARPS. For both groups, the challenge is daunting, especially when considering the example of high accuracy and reliability already set by HARPS. For the new instrument, the manufacturers have to provide an apparatus able to measure radial velocities with an accuracy of 10cm/s, which is 10 times better than HARPS, whereas the astronomers must be certain that these 10cm/s measurements correspond to a real radial velocity and not to the behavior of a star’s surface.
This was the main topic and purpose of the big meeting from May 10th to 14th in Geneva. Building ESPRESSO grants 273 nights of telescope time for the consortium which includes several members of PlanetS. How to manage these nights? This question is not trivial. When the project was designed in accordance with ESO, it was agreed to spend 80% of this GTO (guaranteed observation time) on the study of rocky planets inside the habitable zone, 10% on the study of the variation of the constants of physics and 10% to be defined. But in the meantime research has evolved. Now we are able to measure spectra of giant exoplanets and draw temperature profiles in planetary atmospheres. In addition, the incoming data from space telescopes (Kepler 2, and TESS in the near future) offer new targets every day. Should we be content with finding rocky planets? Around which type of stars? Solar type or colder? In the vicinity of the solar neighbourhood or further away? The discussion is agitated because the stakes are high: not to deviate from what was agreed with ESO but avoid missing attractive targets. So be flexible and consistent in the choice of programs.

What if there were spots?

Whereas the organisational difficulties, coordination, and target selection are important, astronomers also encounter problems related to physics and the nature of the stars. The accuracy of ESPRESSO is such that it could measure effects other than the radial velocity. The effects of rotation, granulating, spots or vibration are no longer negligible at this level of precision. What should be observed if the star vibrated, if the granulation was important, if it contained spots? Great efforts of understanding and modeling are underway to avoid falling into the traps set by the star. We remember the controversy that broke out following the announcement of the discovery of 51pegb, when a group had claimed for months that they were spots and not a planet.

Astronomers are not alone in having to solve high flying problems. ESPRESSO designers and manufacturers are facing unprecedented technological challenges. They must provide a device capable of determining the masses of rocky planets to a precision of 10%. This precision on the mass, associated with the one promised by CHEOPS on the radius, should allow researchers to know the composition of rocky planets with a margin of error of about 15%.

To achieve this goal, engineers, and opticians supported by astronomers struggle to push the limits of the possible. The vacuum vessel must be almost perfect and the pressure must be maintained at 0,001 mbar. Three enclosures should guarantee a stable temperature to the milli degree K, it must be possible to combine the light of the four VLTs and even the shape of the fibers must be redesigned since it will be octagonal. At this rate we may unearth a twin of the Earth in the habitable zone. Whether it will be inhabited, that’s another matter ……