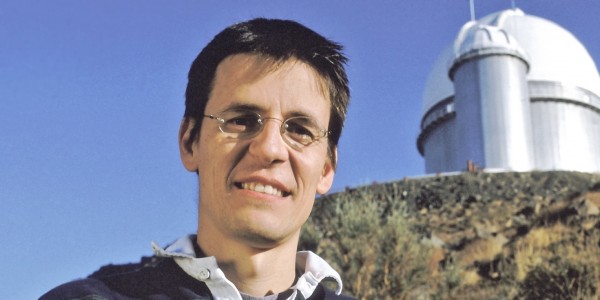 Didier Queloz is at the origin of the exoplanet revolution in astrophysics. Until recently, the Solar System has provided us with the only basis for our knowledge of planets and life in the universe. In 1995 Didier Queloz and Michel Mayor have dramatically changed this view with the seminal discovery of the first giant planet outside the solar system. Since then Didier Queloz has been involved in a successful series of developments of precise spectrographs, considerable improving the precision of the Doppler technique.

In 2012 he received with Michel Mayor the 2011 BBVA Foundation Frontiers of Knowledge Award of Basic Sciences for developing new astronomical instruments and experimental techniques that led to the first observation of planets outside the Solar System.

In 2013 he became professor at Cambridge University. With his team he is leading a comprehensive research program on exoplanet with the goal of making new progress and discoveries trying as well to promote and share the excitement of this theme with the public. He has participated to numerous documentaries movies, articles and interviews.