April the 7th of 2017 will remain as a special day for Michel Mayor. Indeed, he found himself alone on the stage of the Reykjavik Opera House, not to interpret an air of Verdi but to give a conference on exoplanets. He, who is more used to the crowds of researchers or astronomy enthusiasts, was this time facing an audience of some 2000 fanatics of video games religiously listening to the words of the one who was going to become the new guru of their favorite game.

Michel Mayor was in the Icelandic capital at the invitation of the video game company CCP, whose flagship product, a game of galactic conquest, is called EVE Online. EVE Online is a massively multiplayer online game (MMOG) that includes more than 8000 planetary systems and where the goal is to conquer power through money, mining, trading, piracy, smuggling and, of course, war. The making-of: Michel Mayor during the filming session in Reykjavik. The designers of the game had wanted to associate intergalactic play with astronomical research. In order to do this, CCP proposed an original solution: the introduction of real astronomical data in the game. CCP estimates that the 500,000 subscribers to EVE Online are able to analyze the lightcurves provided by the Observatory of the University of Geneva in order to find an exoplanet that would escape the powerful computer algorithms. To explain and launch the research, EVE Online programmers needed the image of a recognized astronomer. Now, who better placed in the world of exoplanets than Michel Mayor. CCP had asked him to lend his image for the creation of an avatar who will be introduced in the game and at the same time to give a conference at its annual Fanfest.

Michel Mayor performed a video recording session at CCP’s premises and was in a good mood. Once the exercise was over, he was given a detailed tour of the company and was able to appreciate the atmosphere and the coolness of places full of models of spaceships, of weapons used by the players, of pictures of planets, all with views of the sea and the port of Reykjavik. The Icelanders were delighted and the visit ended with a great traditional meal, the main actor of which was the cod, whose muscles around the thyroid had been carefully removed to make donuts. A dish highly appreciated by the Icelanders to the point that they associate it with the pretty girls of the country. The surprise was even greater when the main dish, the cod-head, was brought to the table. If the dish impresses at first sight, cheeks and ocular muscles would prove to be succulent dishes. The guests, however, had the delicacy to remove their eyes so as not to impress their visitors. Some have, however, assured us that they had reserved them for their own consumption because it seemed that it is the best!

The avatar of Michel Mayor should be ready at end of May as the interface to analyze the transits.

The conference that Michel Mayor gave on this occasion is visible here.
The report produced by the RTS for the program Nouvo on April 24 is shown here and the one broadcast on the 19.30 Téléjournal on May 1st is here. 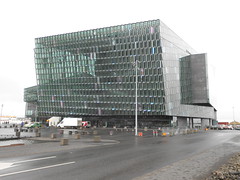 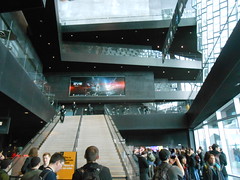 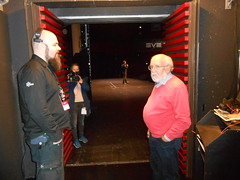 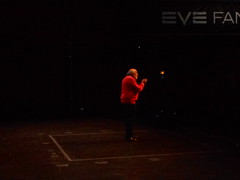 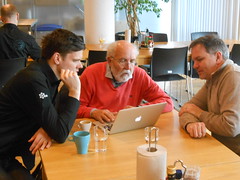 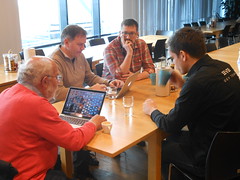 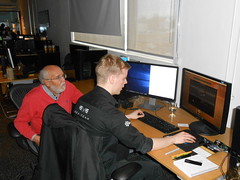 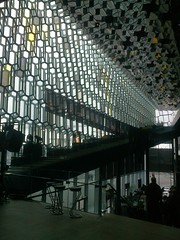 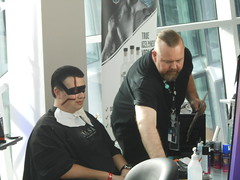 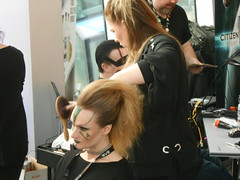 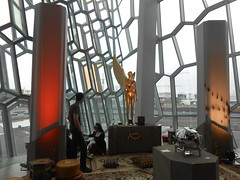 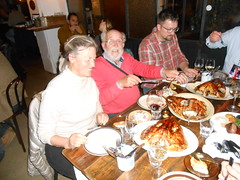