At the end of April 2017, an eagerly-awaited cargo from Italy arrived at the University of Bern: the telescope flight model of CHEOPS. The incoming inspection carried out on 3 May 2017 showed that the entire hardware had arrived intact. Checking the CHEOPS telescope tube with its 32-cm primary mirror after the journey from Italy to Switzerland. (Photos Thomas Beck, University of Bern)

«Finally, the flight hardware of the telescope has arrived here in Bern,» says CHEOPS project manager Christopher Broeg with great relief: «This is a giant step. For a long time we have been waiting for this.» It took 4 years to design, manufacture and testing the CHEOPS telescope. For the journey from Florence to Switzerland the telescope structure with its mirrors and back-end optics had to be packed in a container filled with dry, clean air. At the University of Bern, the outer packaging was removed and the inner box carefully cleaned and placed in the clean room especially built to integrate and test the CHEOPS instrument.

For the incoming inspection of the hardware, the team in Bern had to wait for the arrival of representatives of the Italian Space Agency (ASI), the Italian National Institute for Astrophysics (INAF) and the company Leonardo-Finmeccanica (LDO). On 3 May 2017 everybody was ready to open the white container. Examining the shock and temperature sensors and visually checking the content showed a positive result. «A milestone that everybody was happy about,» says Annette Jäckel who is in charge of the Assembly, Integration and Verification (AIV) management: «Now we are able to continue our work here in Bern as planned.»

Switzerland – Italy and back again

Before, the telescope structure constructed by the Swiss company Almatech was tested in Switzerland and then sent to LDO in Florence. The Italian company was responsible for building the primary and secondary mirror and the back-end optics with its two lenses. LDO integrated the mirrors and lenses in the structure manufactured from carbon-fibre reinforced plastics, aligned the optics and tested the whole telescope in Italy before delivering it to the University of Bern.

After the incoming inspection, the Bernese team will place the telescope in «support setup». Then, the focal plane modul (FPM) can be integrated. «The FPM is not yet the flight hardware, but an engineering model», explains Christopher Broeg: «With this we will train the alignment of the focal plane.» Then, the team will put the telescope into the vacuum chamber to test at minus 10 degrees Celsius in space conditions whether the imaging function looks the same as during the tests at LDO in Italy.

These experiments will be followed by vibration and thermal tests before the flight hardware of the FPM will be ready to be integrated. «A big step will be the vibration tests of the entire instrument,» says Christopher Broeg. The instrument should be essentially built, tested and calibrated by the end of December 2017 to be ready for launch at the end of 2018. 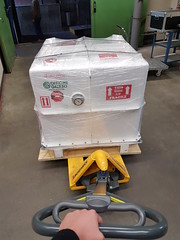 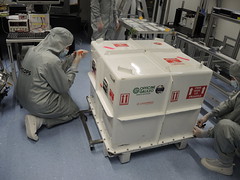 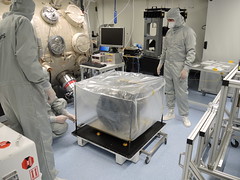 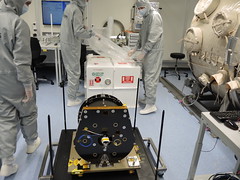 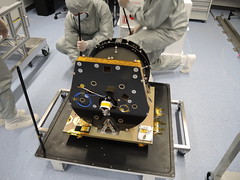 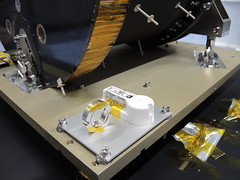 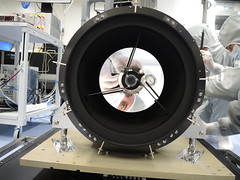 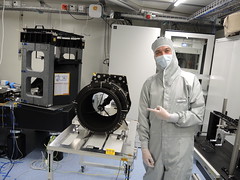 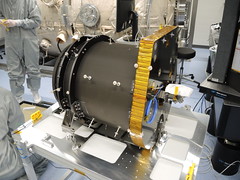 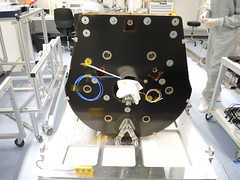 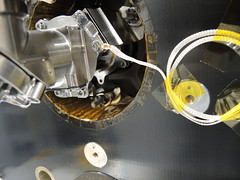 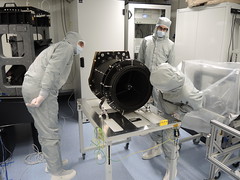 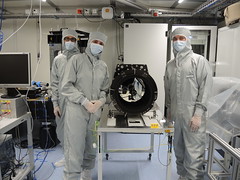